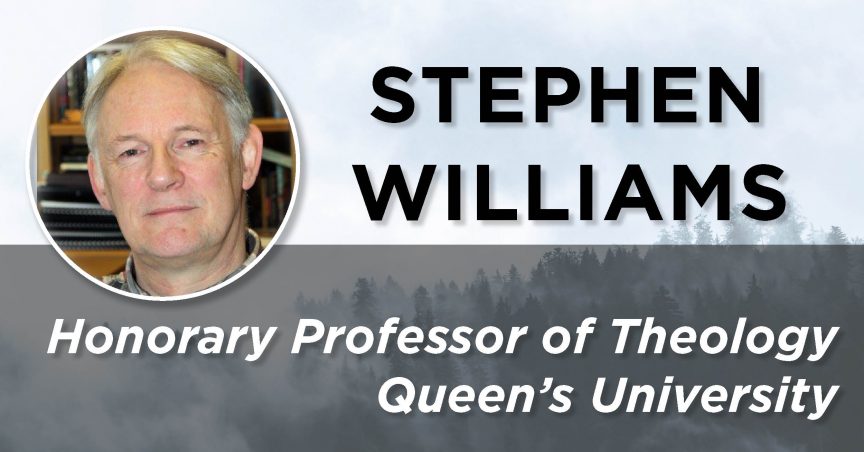 The Question of Transhumanism

The question of transhumanism is wide-ranging and definitions of it vary a little. Basically, it is about the possibility of enhancing humans to a point where they transition into a new ‘species’. Scientific issues include questions about human embodiment and the nature of human consciousness. In this lecture, the position will be taken that transhumans could not possess religious consciousness in the sense that Christians understand that and whatever is scientifically and technologically possible, transhumanity could not therefore be an advanced stage of artificial evolution. In conclusion, theological consideration will be given to the question of the cultural significance of science and technology today.

Stephen N. Williams holds MA degrees in Modern History from the University of Oxford and Theology from the University of Cambridge. After a period there as Henry Fellow, he received his Ph.D from Yale University (Department of Religious Studies) in 1981. With the exception of a brief period in Oxford at the Whitefield Institute for theological research (1991 – 1994), he spent his professional life in Presbyterian seminaries in the United Kingdom, first as Professor of Theology in the United Theological College, Aberystwyth (1980 – 1991) and then as Professor of Systematic Theology in Union Theological College, Belfast (1994 – 2017). He was appointed Honorary Professor of Theology at Queen’s University, Belfast, in 2017 and elected Fellow of the Learned Society of Wales in 2018. He has published in different areas, especially in theology and intellectual history. His books include Revelation and Reconciliation: A Window on Modernity (Cambridge University Press, 1995), The Shadow of the Antichrist: Nietzsche’s Critique of Christianity (Baker Academic Press, 2006) and The Election of Grace: A Riddle without a Resolution? (Eerdmans, 2015).