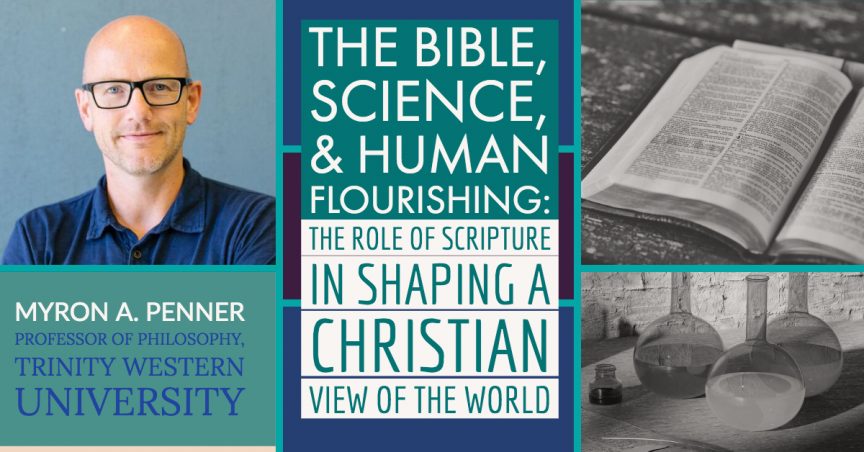 Myron A. Penner
"The Bible, Science, & Human Flourishing: Exploring the Role of Scripture in Shaping a Christian View of the World"

The Bible, Science, and Human Flourishing: The Role of Scripture in Shaping a Christian View of the World

Conservative evangelicals are often put in positions of conflict due to their particular view of the Bible as a source of authority—conflict with others both inside and outside of the Christian tradition. Two common flashpoints for these conflicts are (a) differing perspectives on moral issues and (b) rejections of mainstream science. In both cases, conservative evangelicals feel that allegiance to the Bible’s superior authority requires adopting what is deemed to be a “biblical perspective,” regardless of whether this results in their opposing the wider consensus. In this lecture, I argue that the conservative attempt to place the Bible over other sources of authority (i.e. reason, experience, and tradition) is mistaken on philosophical, theological, and biblical grounds. I further argue that a better way to think of the different resources Christians have at their disposal in shaping a Christian view of the world is to think in terms of “domain specificity.” On this model, the resources of scripture, reason, experience, and tradition should each be viewed as having primary authority in a particular domain—the domain that corresponds to what that particular resource is uniquely able to illuminate.

Myron Penner began working at TWU in 2005. He completed his Ph.D. in Philosophy from Purdue University in 2007. Myron’s primary research areas are epistemology, metaphysics, and philosophy of religion but also has interests in philosophy of science and twentieth-century analytic philosophy.

Listen to Stephen Jeans (of Ambrose University) speak about the Christmas Star and the Great Conjunction of Saturn and Jupiter. ... See MoreSee Less

Vaccines are very much in the news today. The West Michigan chapter of the American Scientific Affiliation welcomes anyone to join them for a 7:30pm EST Zoom talk today (Thursday 10th) by Calvin University biology professor Anding Shen: "Vaccines: our answer to a pandemic?" ... See MoreSee Less

Abstract:  The current pandemic has made lives more difficult for most of us. How we wish it's ending soon. Is vaccine the answer to the pandemic? This talk explore the ways vaccines play in battling...
View on Facebook
·Share