CANADIAN SCIENTIFIC & CHRISTIAN AFFILIATION
Mann at TWU, To Infinity and Beyond - The Canadian Scientific and Christian Affiliation 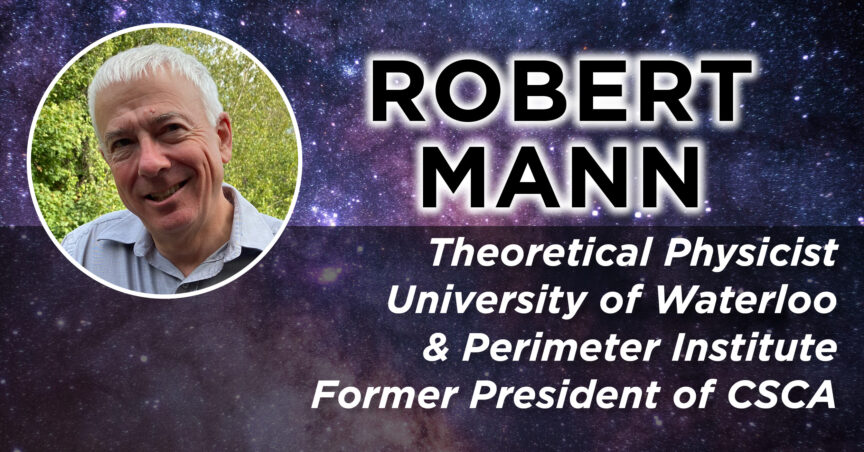 FREE PUBLIC EVENT: Trinity Western University’s Faculty of Natural and Applied Sciences and CSCA’s Vancouver chapter present a lecture with Robert Mann (University of Waterloo and Perimeter Institute), former president of both CSCA and the Canadian Association of Physicists. This event is funded by a Supporting Structures grant from Scholarship & Christianity In Oxford) and CSCA.

TWU and CSCA host Robert Mann
"To Infinity and Beyond: 50 years of exploring Science and Faith"

Meals will include excellent opportunities to converse with local scientists, our guest speaker, and fellow attendees, with discussion questions at each table.

Register here ($10 | $5 for students | ticket sales end Jan 24 at 11:30 PM).
Registration is required for meals only, not for attending the public events

1 PM: To Infinity and Beyond: 50 years of exploring Science and Faith

My career in physics began with the origination of what is now called the Standard Model. 50 years later, we have reached a point in history where our established theories of physics have been fully confirmed by experiment, with no outstanding contradictions. Yet there are a number of paradoxical features connected with our present-day theory that have no apparent resolution. How did we arrive at this juncture in fundamental physics? What does it mean to push beyond it? And by peering beyond, can we obtain glimpses of a transcendent reality — one perhaps visible with the eyes of faith?

Robert B. Mann has a B.Sc. in physics from McMaster University and an M.Sc. and Ph.D from the University of Toronto, and was a postdoctoral fellow at Harvard University.

Author of over 450 papers with more than 20,000 citations (Google Scholar) thus far in his career, he has received several awards, including a Fulbright Fellowship, two Teaching Excellence awards from the Ontario Undergraduate Student Alliance and from the University of Waterloo, a Graduate Supervision Excellence Award, and Outstanding Referee Awards from the American Physical Society and the European Physical Society (twice). He was to be the recipient of the 2019 Medal of Excellence in Undergraduate Teaching from the Canadian Association of Physicists, and last year was awarded the University of Waterloo’s highest honour, the “University Professor” distinction.

He has given over 100 invited conference presentations, over 150 invited seminars and colloquia, and over 40 invited community talks in his career.

He was chair of the Department of Physics and Astronomy at the University of Waterloo from 2001-2008 and is an Affiliate Member of the Perimeter Institute and the Institute for Quantum Computing. He is a past-President of the Canadian Association of Physicists and of the Canadian Scientific & Christian Affiliation (1996-2005), a former chair of the Board of Directors of the CAP Foundation, and has served on over thirty university committees and has as well been a member on three Canadian (chairing one) and two American grant selection committees. His research interests are in black holes, cosmology, particle physics, quantum foundations, and quantum information. He is married to a retired Mennonite pastor, and they have one married daughter and son-in-law. He likes movies, travel, cycling, hiking, music, photography, and acting, and has been active in churches his entire life, primarily in volunteer Christian education.