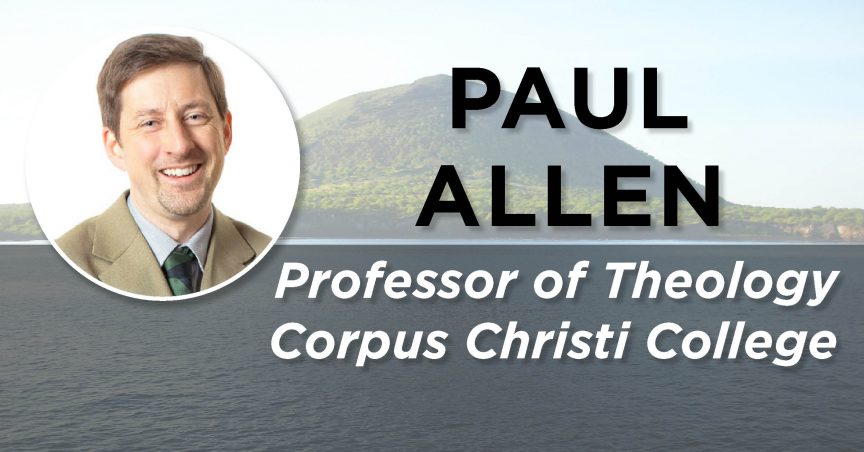 God, Anthropology and the Dangerous Ambiguity of Social Darwinism

The modern discipline of anthropology purports to understand human nature in its evolutionary and cultural contexts. In this talk, I argue that without roots in a theological narrative, human nature can only be understood as a series of vexatious, closed paradoxes. The modern experience with forms of social Darwinism demonstrates that a theological reading of evolutionary theory is essential for seeing ourselves as open. Only a reference to the transcendent reverses a narrow, dangerous view of human nature.

Paul Allen conducts research in the fields of science-theology dialogue, theological anthropology and in systematic theology. He has written a monograph titled Ernan McMullin and Critical Realism in the Science-Theology Dialogue (Ashgate / Routledge) as well as a upper level textbook, Theological Method: A Guide for the Perpelexed (T&T Clark). He has co-written (with Peter M.J. Hess) Catholicism and Science (Greenwood / ABC CLIO) and he has published a number of book chapters and articles in journals, such as the following:  Heythrop Journal of Theology, Ex Auditu, Neue Zeitschrift für Systematische Theologie und Religionsphilosophie, Open Theology and American Catholic Philosophical Quarterly. He is currently completing the first of a three part systematic theological anthropology, which is titled Creaturehood: Sin and Evolution in Theological Anthropology. The second volume, which is supported by the SCIO fellowship programme is tentatively titled Christian Rule: Evolution and Human Nature in Theological Perspective. Other projects include work as subject editor for the forthcoming T&T Clark Encyclopedia of Christian Theology and editor of a forthcoming collection of essays titled Augustine and Contemporary Social Issues. He lectures in courses on God, Jesus Christ, science-religion dialogue, religion and politics, theological method and theological anthropology.