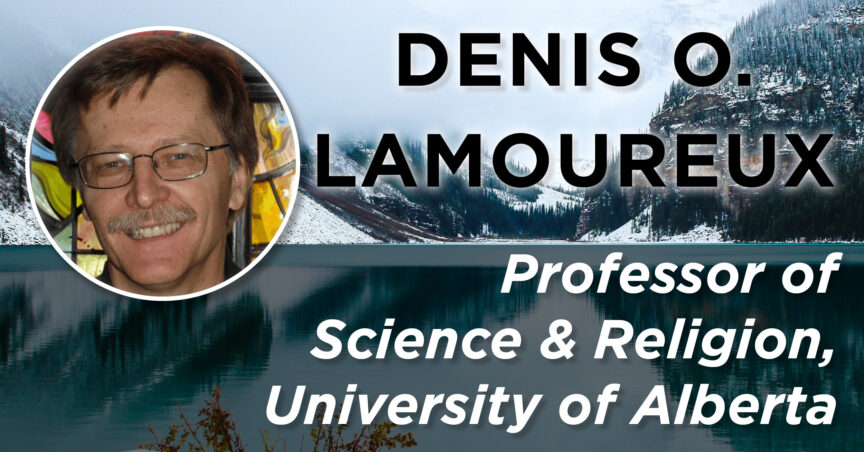 The Bible and Ancient Science: Principles of Interpretation

Theologian-scientist Denis Lamoureux suggests a common assumption of biblical interpretation fuels the misperception that science and religion are in conflict.  Many Christians think that Scripture is supposed to align with science in some manner, but Lamoureux demonstrates that the Bible reflects ‘ancient science’ that disproves the idea — and the necessity — of ‘scientific concordism.’  During the Holy Spirit’s inspiration of Scripture, Lamoureux argues, the Spirit came down to the level of the biblical writers and allowed them to use the ‘science-of-the-day’ as a perfect vessel for delivering life-changing, inerrant spiritual truths.  In Dr. Lamoureux’s newest book, The Bible & Ancient Science: Principles of Interpretation, he explains how moving beyond concordism leads to a peaceful and God-honoring relationship between modern science and our Christian faith.

Dr. Denis O. Lamoureux is Professor of Science & Religion at St. Joseph’s College, University of Alberta.  Lamoureux’s appointment is the first tenure-track position in Canada dedicated to teaching and research on the relationship between scientific discovery and Christian faith.  His academic specialty — undergirded by three doctoral degrees in dentistry, theology, and biology — focuses on the modern origins controversy.  Lamoureux embraces the time-honoured belief that there are two major sources of Divine revelation—the Book of God’s Words and the Book of God’s Works. The Bible and the physical world complement each other. Science reveals how the Creator made this spectacular design-reflecting world, while Holy Scripture declares precisely who created it.  Together, the Two Divine Books complement each other; alone they are incomplete.  Lamoureux is a Fellow of the American Scientific Affiliation (ASA) and cited in the Who’s Who of Theology and Science.  He is also a member of the Evangelical Theology Society.  Lamoureux lectures throughout Canada and the U.S. in both Christian and public academic institutions.  In 2001 and 2006, he received teaching awards from the University of Alberta Students’ Union.  Lamoureux’s award-winning introductory course on the relationship between science and religion, CHRTC 350: Science and Religion, is available online.