CANADIAN SCIENTIFIC & CHRISTIAN AFFILIATION
Danielson in Ottawa: Copernicus & the Structure of the Universe - The Canadian Scientific and Christian Affiliation 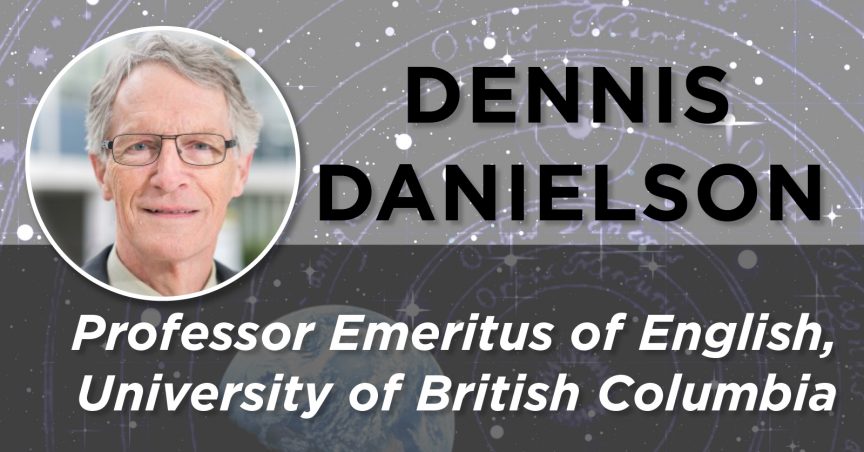 Dennis Danielson
"Copernicus & the Structure of the Universe: Lessons for our Times"

Copernicus and the Structure of the Universe: Lessons for Our Times

Copernicus is often identified as the one who kicked off the Scientific Revolution when he published his Sun-centred cosmology in 1543. Was Copernicus a true scientist in the modern sense? What were his chief contributions to what became science? And what effect did he have—and does he continue to have—on our view of the world and of ourselves within a still-expanding Universe? I will argue that Copernicus did indeed offer rich lessons still worth pondering today—yet left us with some important unanswered questions about our cosmic location and purpose.

Dennis Danielson is professor emeritus of English at the University of British Columbia. He has written about Milton and about the history of ideas, especially cosmology, with articles appearing in journals such as American Journal of Physics, Journal for the History of Astronomy, American Scientist, and Scientific American. His books include Milton’s Good God: (1982), The Book of the Cosmos: Imagining the Universe from Heraclitus to Hawking (2000), The First Copernican: Georg Joachim Rheticus and the Rise of the Copernican Revolution (2006), Paradise Lost and the Cosmological Revolution (2014), and The Tao of Right and Wrong (2018).