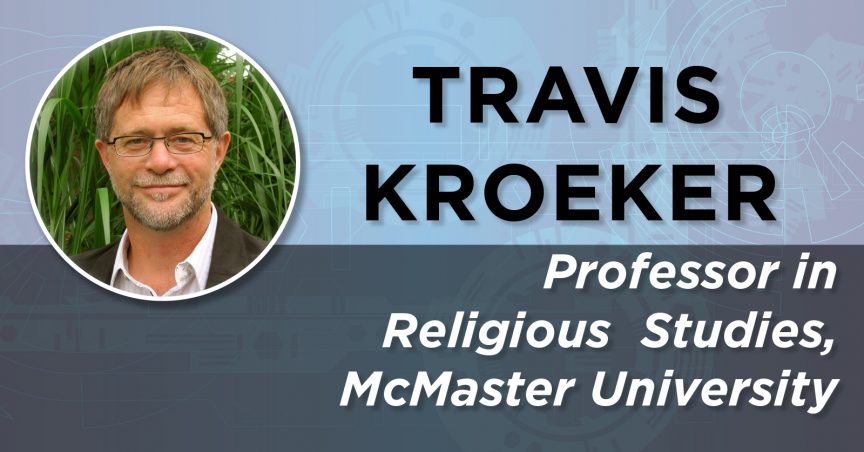 ​Technology as Principality: The Elimination of Incarnation

St. Paul’s language of “principalities and powers” pertains to three related domains of reality: nature, politics and religion—all of which are related to causal language of “law” (nomos), of which an account is given by reason (logos). The “logos become flesh” (Christ) provides an account of embodied reality that frees human beings from the subjugating nomoi of authorities and powers that have blinded people via false accounts. Technology, I suggest, represents a contemporary front in this battle of science, religion and politics over the question of the true causes of disorder, suffering and unhappiness in the world and how humans might be liberated from these forms of bondage. I will focus especially on cybernetic technologies, virtual reality and the example of transhumanism as a religious ideology of technological transcendence that promises liberation from incarnation/embodiment.

Travis Kroeker is Professor in the Department of Religious Studies (McMaster), where he teaches in the areas of ethics, literature, politics and religious thought. He also teaches in the Arts and Science program and is a member of the Institute of Globalization and the Human Condition. Recent publications include Empire Erotics and Messianic Economies of Desire (J.J. Thiessen lectures, CMU Press, 2016), Messianic Political Theology and Diaspora Ethics (Cascade, 2017), and a forthcoming book on Literary Apocalypse as Political Theology.