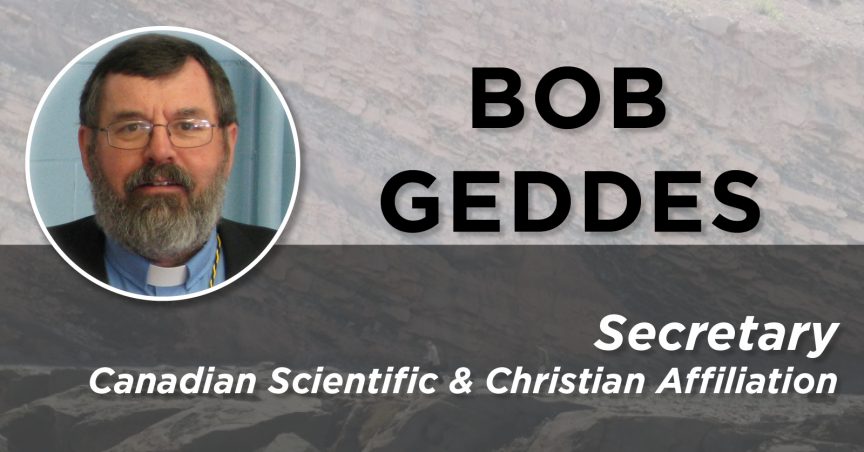 Sir J. William Dawson was a prominent geologist, and principal of McGill University for nearly 40 years. He is the only scientist to have been President of both the AAAS and the BAAS. He was also a “staunch” Presbyterian of the evangelical Free Church tradition. He was a dominant apologist in the 1800s for correlating the antiquity of the Earth and the progressive development of life, with the Bible. Dawson was particularly inspired by the Psalms and he built much of his apologetic around the sense that the various “Creation Psalms” (EG 8,19,104) were the oldest extant commentaries on Genesis Chapter One (and could be used accordingly). Thus, it may be useful to examine these Psalms as the context for tackling the seeming complexities of Genesis One.

Rev. Bob Geddes has a B.Sc. and M.Sc. in geology from Western, and an M.Div. from Knox College (U of T). He worked in mineral exploration throughout Northern Canada and then with the Ontario Geological Survey. He was minister of the South Gate Presbyterian Church in Hamilton from 1990 to 2009. He is a Fellow of the American Scientific Affiliation, and has been secretary-treasurer of CSCA, since 2009.