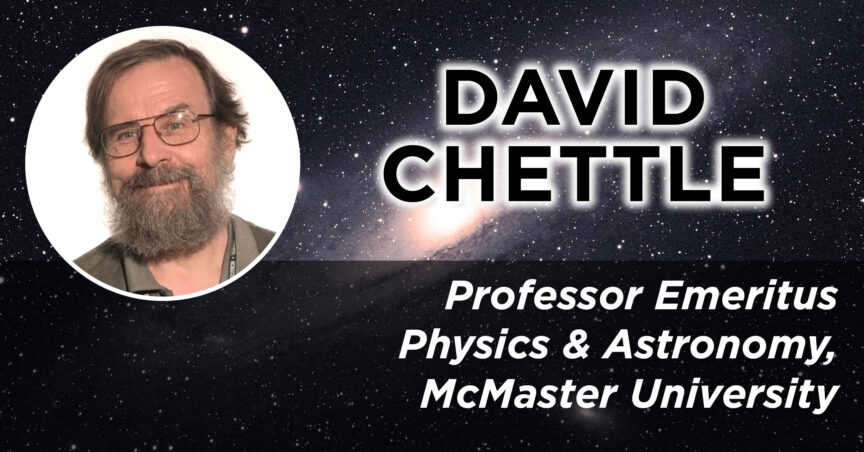 David Chettle
"Limits on Knowing in Science and the Christian Faith"

Limits on Knowing in Science and in the Christian Faith

In modern understanding, scientific method is viewed as the pathway to secure knowledge. However, there are limitations. Scientific knowledge is incomplete, but gaps are being filled. Science presents a model of the world, not reality itself. Science must have axioms.

Within faith, natural theology draws inferences about God, but is valuable mostly within an accepted faith worldview. Revelation is direct from God, but it is mediated through humans.

There cannot be knowledge of God without faith. In the end, science must be built on its axioms (faith); Christianity requires trust in God. There is a broad equivalency and mutual compatibility.

David Chettle retired from the Department of Physics & Astronomy in McMaster University in 2020. His BSc, MSc, PhD and Certificate in Theology were from the University of Birmingham (UK). He worked in applied physics, developing biomedical devices to measure chemical elements in human subjects. These used physics techniques to measure lead, cadmium, strontium and other elements in target organs, such as bone, liver and kidney. He became a Christian as an undergraduate in Physics in 1969. His interest in science and faith grew while he was at Birmingham. Shortly after arriving at McMaster in 1991, he became involved in a science and religion discussion group, which later became the Hamilton chapter of the Canadian Scientific and Christian Affiliation.