CANADIAN SCIENTIFIC & CHRISTIAN AFFILIATION
Falk in Edmonton: Evolution, Creation, and the God who is Love - The Canadian Scientific and Christian Affiliation 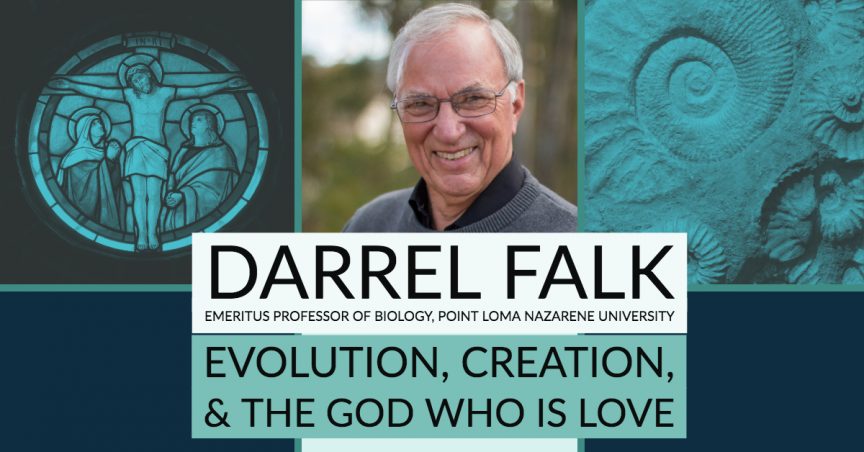 Darrel Falk
"Evolution, Creation, and the God who is Love"

Evolution, Creation, and the God who is Love

If humans and all forms of life were created through the evolutionary process—and the evidence for this is very strong—it presents a potential dilemma for Christians. Why would the God who taught us to love the weak and feed the hungry, the God who told us that the meek shall inherit the earth seemingly create humankind through the seemingly heartless process sometimes referred to as “survival of the fittest?”

These are interesting times in evolutionary biology. The discipline has itself been evolving and many of its leaders are recognizing the significance sometimes of cooperation as a dynamic and important component of the evolutionary process. Indeed, it is becoming increasingly clear that a key driving component in the change that has taken place in our lineage—the hominin lineage—for at least three million years has been the importance of individuals being able to work together as a communal unit within small groups. Some scholars would even go so far as to say it is the “Secret of Our Success.” Perhaps—this talk will suggest—biological fitness in our lineage is not that different than the qualities that Jesus laid out as being central to the Christian life. We’ll explore the evidence for this. But more than that, we’ll also explore the question of the nature of divine action in the ongoing history of creation. As Christians we believe that God is an active, even personal presence in our lives through the Holy Spirit. Is there some form of consistency between the God we believe we experience in our individual lives, and the activity of the God who was present and active hundreds of thousand to millions of years ago? This is a key question for Christians to think about and this talk will explore possible answers.

Darrel Falk is Senior Advisor for Dialog and former president of BioLogos. He is also Emeritus Professor of Biology at Point Loma Nazarene University in San Diego where he has been based since 1988. He is a graduate of Simon Fraser University, with a doctorate in genetics from the University of Alberta and postdoctoral fellowships at the University of British Columbia and the University of California, Irvine.   He began his career on the faculty at Syracuse University where he was tenured prior to his move into Christian higher education. Dr. Falk has given numerous talks about the relationship between science and faith at many universities, churches, and some seminaries. Besides his extensive writing at the BioLogos website, he is the author of Coming to Peace with Science  (InterVarsity Press) and the forthcoming book with Dr. Todd Wood, The Fool and the Heretic: How Two Scientists Moved beyond Labels to a Dialog about Creation and Evolution (Zondervan).