The CSCA is delighted to present a free public lecture by Dr. Andrew Briggs (University of Oxford) as our very first event at our new local chapter in Waterloo, Ontario! 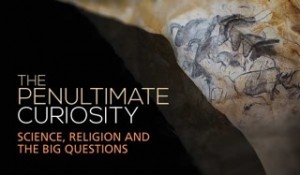 “Science and Religion: From Cave Paintings to Quantum Physics” – With Q&A

Oxford Professor of Nanomaterials Dr. Andrew Briggs visits Waterloo for our first event as a new CSCA local chapter! Science and religion are often thought of as distinct, even contradictory forces. Yet, according to a new book by Briggs and Roger Wagner, they both complement and benefit from one another. The Penultimate Curiosity (Oxford University Press, 2016) explores the complex interplay between science and religion over a period of 30,000 years — from cave paintings to quantum physics. 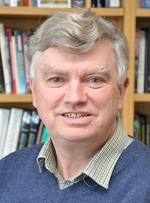 Professor of Nanomaterials at Oxford and former director of the Quantum Information Processing Interdisciplinary Collaboration, Andrew Briggs has made a number of fascinating contributions to his field, including the applications of acoustic microscopy, initiating new studies of carbon nanotubes, and working with sophisticated pulse control techniques. His patented method of forming nanogaps in graphene is being developed for genome sequencing.

His 1992 monograph Acoustic Microscopy remains in print, with a new chapter on acoustically excited probe microscopy in the second edition (2010). His new book with Roger Wagner, The Penultimate Curiosity, was published by Oxford University Press in February 2016, with endorsements on the cover from a former President of the Royal Society, the Director General of CERN, a former Chief Rabbi, and the Archbishop of Canterbury. (Source)