FREE public lecture:
“Adam and the Genome: An Evening with Scot McKnight and Dennis Venema” 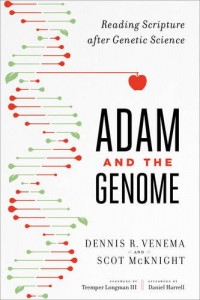 Many Christians believe that humans are direct, supernatural creations who did not result from an evolutionary process. Additionally, many Christians hold that all humans today descend uniquely from a single ancestral couple: Adam and Eve. These strongly-held convictions are now under pressure, namely from genomics evidence that indicates humans evolved and descend from a large population, rather than from a single pair. Is it possible that God used evolution as a means of creation? Or should Christians resist this evidence? What about intelligent design? Does Paul’s use of Adam indicate that he must be taken as a historical figure? Drs. Dennis R. Venema (Biologist) and Scot McKnight (Biblical Scholar) have taken these questions head-on in their new book, Adam and the Genome: Reading Scripture after Genetic Science (2017). This talk will explore the genomics evidence for evolution and consider its implications for evangelical faith, witness, and interpretation of Scripture.

“Dr. Scot McKnight (Ph.D. from the University of Nottingham) is a world-renowned speaker, writer, professor and equipper of the Church. He is a recognized authority on the historical Jesus, early Christianity, and the New Testament. His blog, Jesus Creed, is a leading Christian blog. A sought after speaker, he has been interviewed on several radio and television programs as well as spoken at numerous local churches, conferences, colleges, and seminaries in the United States and around the world. Scot McKnight is a member of the Society of Biblical Literature and the Society for New Testament Studies. McKnight’s books have been translated into Chinese, Korean, Russian, and Portuguese.” (source) 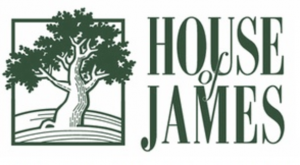 Standard 'design' arguments for the existence of God place God's design in the wrong features of creation, and also fail to give sufficient account of numero...