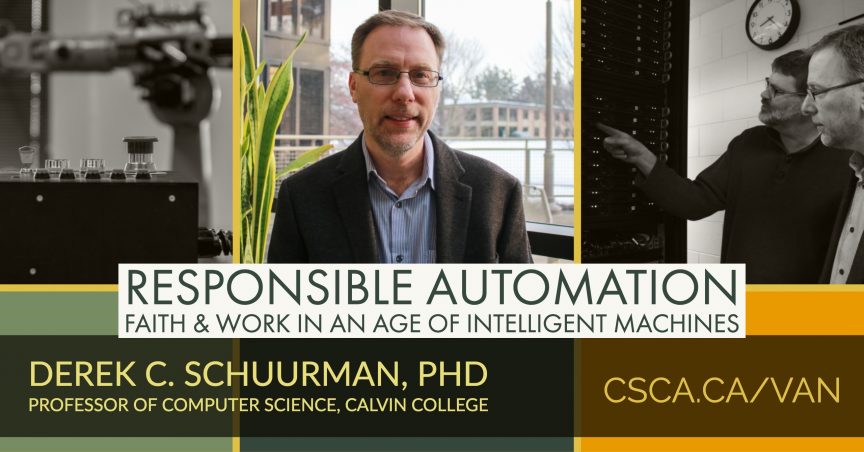 Responsible Automation: Faith and Work in an Age of Intelligent Machines

Ever since the Luddites revolted in opposition to the industrial revolution in the early 19th century, concerns over automation have persisted. Throughout the Industrial Revolution, the introduction of new technology did displace certain jobs, but it simultaneously created new jobs. And so it went for much of the 20th century. However, the digital revolution and the increasing pace of automation are now rapidly transforming the economy and employment. With recent developments in robotics and artificial intelligence, many have begun to warn of the “end of work” in what has been called “the second machine age.” If pursuing absolute efficiency through automation leads to undesirable consequences, what normative guidelines can help us responsibly harness the possibilities of new technologies while simultaneously ensuring flourishing for humans and the rest of the creation? A set of norms informed by a Christian perspective for responsible technology will be presented to provide a helpful framework as we face the second machine age.

Derek C. Schuurman worked as an electrical engineer for several years and later returned to school to complete a Ph.D. in the area of robotics and computer vision. He has taught computer science at both Dordt College and Redeemer University College and is now professor of computer science at Calvin College and the current William Spoelhof Teacher-Scholar-in-Residence chair. Dr. Schuurman is a fellow in technology at St. George’s Centre for Biblical and Public Theology and is a member of the board for the Association of Christians in the Mathematical Sciences (ACMS). He has written about faith and technology issues and is the author of Shaping a Digital World: Faith, Culture and Computer Technology (InterVarsity Press, 2013).