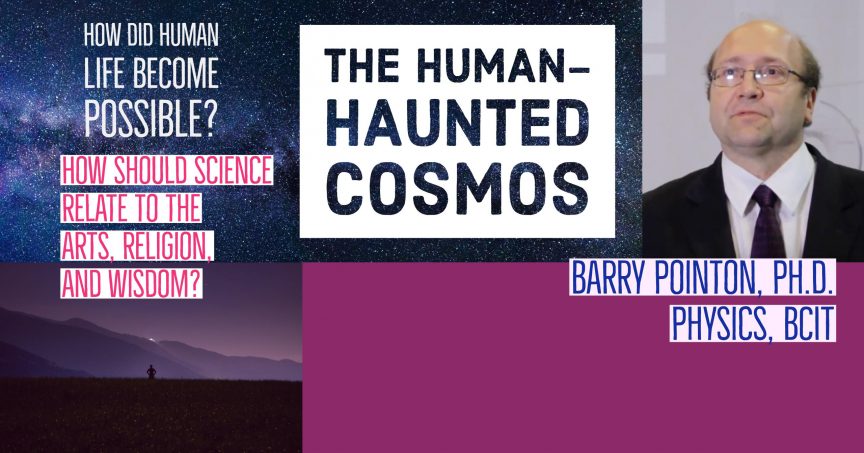 The astounding discovery of the beginning and evolution of our universe over 13.8 billion years is one of the greatest achievements of human scientific inquiry. This sweeping story describes our universe from the first fraction of a second, when space, time and matter were compressed to unimaginable temperatures and densities, through the release of the primordial light. The story tells of the formation of galaxies and the generations of stars that lived and died and gave their newly-made life-giving elements back into space. And yet for all the explanatory power of the story, a U2 song claims, “The universe is beautiful but cold.” In this awe-inspiring exploration, Dr. Pointon will recount some of the grand design of the universe and its current interpretations. The talk will focus on how human life became possible, perhaps inevitable, from the primordial and on-going physical processes and fundamental laws. This leads us to reflect on how the universe is both beautiful and personal, prompting us to reconsider the relationship between science and other human activities such as philosophy, the Arts, religion and quest for wisdom.

Barry Pointon completed his Ph.D. in radiation physics at UBC in 2007, a Diploma of Christian Studies at Regent College in 1999, and his M.Sc. in nuclear physics at Simon Fraser University in 1989. Since 2013, he has taught about one course per year at TWU, including astronomy and modern physics. He is also a professor of physics at the British Columbia Institute of Technology. He has recently been working with the HALO_1kT group, an international collaboration including scientists from TRIUMF, SNOLAB and Gran Sasso. They are designing and will be building an underground supernova neutrino detector using 1 kT of lead. (Source)