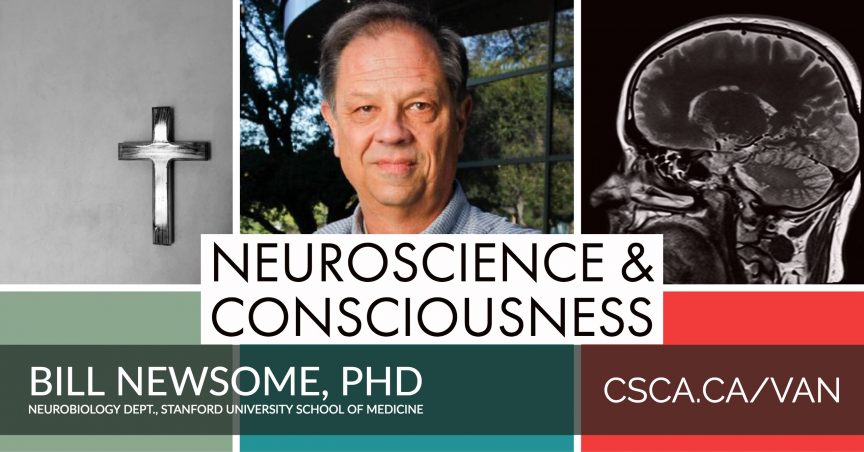 Bill is giving a different talk at TWU later the same day, and also at UBC the following day.

“Can subjective awareness (i.e. consciousness!) be satisfactorily accounted for by modern neuroscience?”

For many neuroscientists, the cardinal long-term goal of our enterprise is to completely understand mental experience in terms of the third-person explanatory constructs of contemporary neuroscience with no “residue” left over. The feasibility of such an agenda has been debated for centuries, but the issue is no longer merely conjectural. Empirical experiments from the recent history of neuroscience frame the question in concrete form while still searching for an answer.