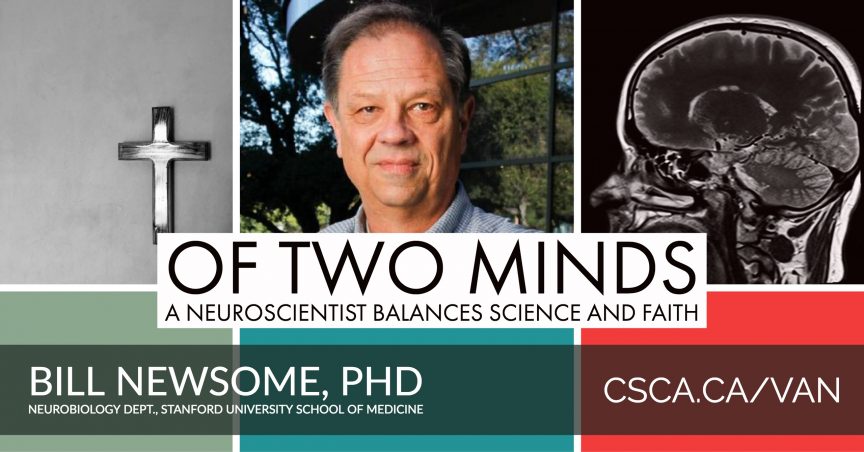 One day earlier, Bill is giving two talks at Trinity Western University: a talk on consciousness during the day, and this same “Of Two Minds” talk in the evening.

Of Two Minds: A Neuroscientist Balances Science and Faith

The ‘central dogma’ of neuroscience is that all our behavior and mental life—including our sense of a conscious, continuing self—is inextricably linked to the biology of the brain. Neuroscience ‘explanations’, therefore, tend to account for mental phenomena such as thought, emotion and belief in terms of the basic elements of cellular communication within the brain—action potentials, synapses and neuromodulation. Such mechanistic accounts, which appear increasingly powerful, have been cited as evidence that ‘folk psychological’ explanations of behavior—including beliefs, values and faith—will be replaced ultimately by deeper and more accurate neuroscientific explanations. In contrast, I argue that the deepest and most accurate accounts of behavior necessarily involve multiple levels of explanation. Within neuroscience itself, the best explanations are inherently multilevel, appealing simultaneously to behavioral, circuit-level, cellular and genetic insights. Outside the domain of neuroscience proper, human behavior depends additionally on multiple levels of social and cultural organization and insight. Each level of explanation complements and corrects, but does not replace, the others. More than ever in our world, beliefs, values and faith matter.