CSCA folks in the Waterloo area may be interested to attend these lectures by Professor James Tour (Rice University) as part of the 2016 Pascal Lectures on Christianity and the University. 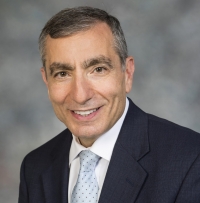 Professor James Tour is a synthetic organic chemist.  Tour has over 590 research publications and over 100 patents. He has been cited over
61,000 times. Tour was named among “The 50 Most Influential Scientists in the World Today” by TheBestSchools.org in 2014; listed in “The World’s Most Influential Scientific Minds” by Thomson Reuters ScienceWatch.com in 2014. James Tour has also spoken widely on God, Christ, and the Bible, an area of great personal interest.  (Source)

“THE NANOTECHNOLOGIST AND GOD”

“THE ORIGIN OF LIFE: AN INSIDE STORY”

In addition to these two lectures, Tour will be offering two seminars:

The CSCA is not necessarily involved with directly sponsoring or presenting events listed as &quotRelated." In many cases, there may not be any affiliation between the parties involved and the CSCA whatsoever. These events are tracked-down and promoted on the CSCA site as a courtesy to our readers, in line with our purpose to encourage growth in understanding between science and the Christian faith in Canada. Even when the events listed do not have any explicit religious component, it is hoped that Christians will be encouraged to attend and participate.
Official Event Page