CANADIAN SCIENTIFIC & CHRISTIAN AFFILIATION
Smith, "Will Science and Faith Ever Get Along?" - The Canadian Scientific and Christian Affiliation

CSCA folks in Ottawa may be interested to attend a lecture by doctoral candidate Jesse Smith on how science and faith can better get along. This event will also be live-streamed.

Evening-Conference: Will Science and Faith Ever Get Along?

It has been 383 years since Galileo was forced to recant his belief that the Earth orbited the sun.  Still, even today the fuel heating the public debate between science and religion shows little signs of diminishing. Why is there a line drawn in the sand between the two domains, and who put it there? By looking at the way both sides define themselves we will better understand how they conflict with and complement each other. (Source) 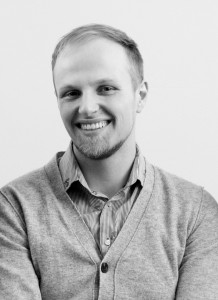 Jesse Smith is a doctoral candidate in the Faculty of Theology at Saint Paul University. His research focuses on the human soul and its treatment in postmodern theology and in the science/religion debate. Confessionally Baptist, his work interacts primarily with Anglo-Catholic traditions. Originally from the Maritimes, Jesse is now happy to call Ottawa home with his wife and son. (Source)


The CSCA is not necessarily involved with directly sponsoring or presenting events listed as &quotRelated." In many cases, there may not be any affiliation between the parties involved and the CSCA whatsoever. These events are tracked-down and promoted on the CSCA site as a courtesy to our readers, in line with our purpose to encourage growth in understanding between science and the Christian faith in Canada. Even when the events listed do not have any explicit religious component, it is hoped that Christians will be encouraged to attend and participate.
Official Page & Registration
email