The Hamilton Science and Faith Forum and the CSCA are pleased to present a public lecture with Dr. Robert Mann, Professor of Physics at the University of Waterloo.

ABSTRACT: The concept of time is foundational in both science and religion. We use it to measure change and to reflect upon our own existence. But what is time? And what is eternity? This public lecture will present our modern understanding of time–its origin, direction, measurement, perspectives and destiny–from a scientific viewpoint. Topics in cosmology, quantum physics, and relativity will be explored to highlight both the advancements and limitations in our knowledge of time. Several questions for theological reflection and scientific inquiry will be raised. 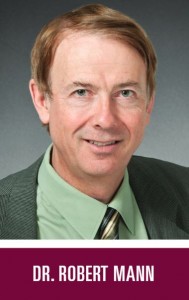 Author of over 350 papers, he has received several awards, including a Fulbright Fellowship, Teaching Excellence awards from the Ontario Undergraduate Student Alliance and from the University of Waterloo, and an Outstanding Referee Award from the American Physical Society. He was chair of the Department of Physics and Astronomy at the University of Waterloo from 2001-2008 and is an Affiliate Member of the Perimeter Institute and the Institute for Quantum Computing.

He is a past-President of the Canadian Association of Physicists, the CSCA, and served on the Advisory Board of the John Templeton Foundation. His research interests are in black holes, cosmology, particle physics, quantum foundations, and quantum information, and the science/religion dialogue.

NB: the 4:15 start allows for the reduced campus parking rates, which commence at 4:00 pm.