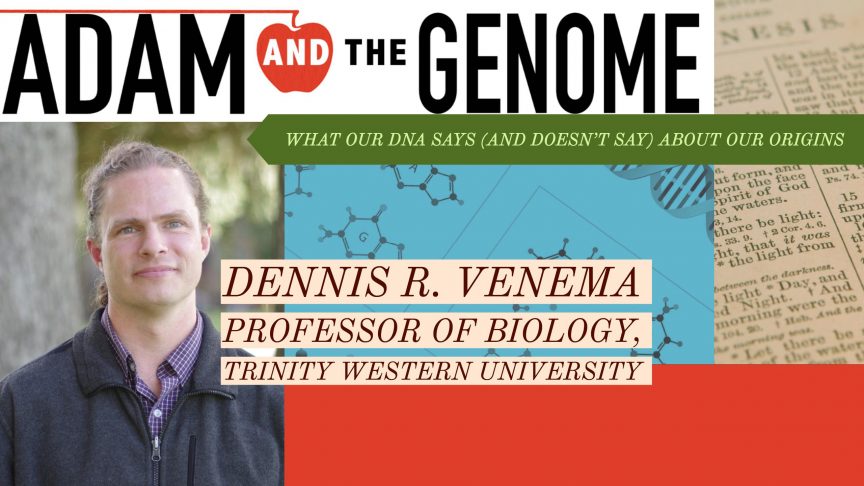 Dennis Venema (Professor of Biology, TWU)
"Adam and the Genome: What Our DNA Says (and Doesn't Say) about Our Origins"

Dennis is giving the same lecture in Toronto at noon & on Saturday in Waterloo at 12:30.

Many Christians believe that humans are direct, supernatural creations who did not result from an evolutionary process. Additionally, many Christians hold that all humans today descend uniquely from a single ancestral couple: Adam and Eve. These strongly-held convictions are now under pressure, namely from genomics evidence that indicates humans evolved and descend from a large population, rather than from a single pair. Is it possible that God used evolution as a means of creation? Or should Christians resist this evidence? What about intelligent design? This talk will explore the genomics evidence and consider its implications for evangelical faith and witness.