West End Baptist Church and the CSCA present a lecture by Dr. Stephen Snobelen, Associate Professor of the History of Science and Technology Programme at University of King’s College, Halifax.

Abstract: From Richard Dawkins’ The God Delusion (2006) to Jerry Coyne’s Faith vs. Fact (2015), the “New Atheists” have both championed a secular view of science and have critiqued, challenged and mocked religion. Yet when their arguments are subjected to the same kind of withering critique they apply to religion, many of them are shown to be a good deal less robust than their proponents claim. While the New Atheists are particularly strong when exposing abuses of religion, their understanding of the nature of science is often simplistic and their treatment of theology petty, unbalanced and frequently wrong. What is more, they regularly misunderstand and misuse the history of science. On top of this, their characterization of religion and belief in God as scientific theories is guaranteed at the rhetorical level to make science look superior to religion, but at the cost of viewing religion in a way similar to the fundamentalists they love to loathe. This account provides a critique of the New Atheists by a historian of science that hopes to be valuable for believer and nonbeliever alike. 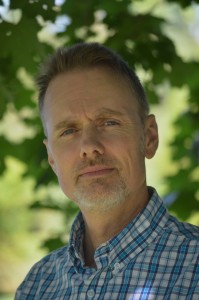