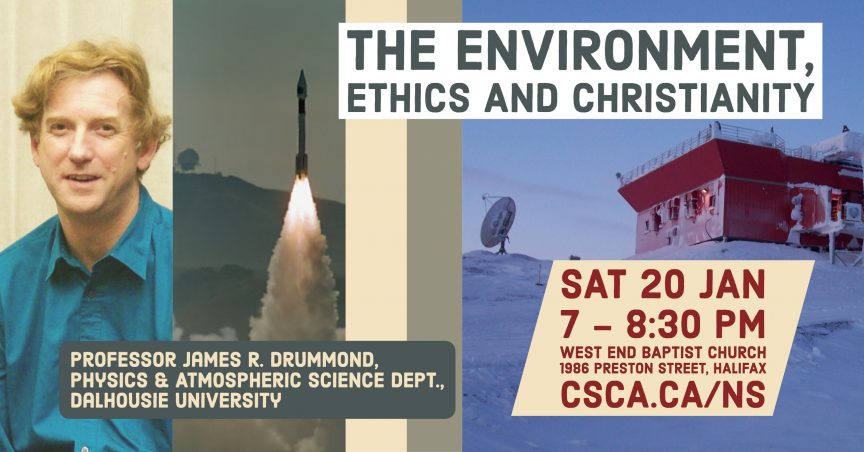 The Environment, Ethics and Christianity

Is humanity degrading the environment through climate change, pollution and sheer greed, or is this just a fiction spread by activists with their own agenda? If we really are impacting the environment, just who is responsible and what should our reaction be? Is Christianity an enabler of this degradation, or does it hold the promise of a way out? This presentation will attempt to encompass the three areas of the environment, ethics and Christianity (the presenter acknowledges that he is an expert in perhaps only one of the three) and present a holistic response to one of the major issues of our time.

Dr. James R. Drummond has spent more than 40 years in atmospheric research, measuring constituents in the atmosphere that are involved in pollution and climate change. He holds degrees in physics and atmospheric physics from Oxford University. He has led or participated in many major measurement efforts during his career, including the MOPITT (Measurements of Pollution in the Troposphere) space instrument on the Terra satellite and the Polar Environment Atmospheric Research Laboratory at Eureka, Nunavut. He has been active in national and international organisations and is the author or co-author of over 170 refereed papers. He is active in church life and has served in a number of roles in West End Baptist Church in Halifax. (more info)