CANADIAN SCIENTIFIC & CHRISTIAN AFFILIATION
Greenspoon at TWU, "Are We Alone?" - The Canadian Scientific and Christian Affiliation

CSCA members in the Vancouver area may be interested to hear a lecture by Dr. Stanley Greenspoon (Capilano University, retired) lecture at Trinity Western University on extrasolar planets and extraterrestrial life. This lecture is presented by the Canadian Association of Physicists.

“Are We Alone? The Search for Extrasolar Planets and Extraterrestrial Life”

Abstract:
Beginning with the achievements of Copernicus and Galileo in the 16th and 17th centuries, the Earth lost its privileged status in our Solar System. Subsequently, the Sun was found to be a rather ordinary star among the estimated 200 to 400 billion stars in our Milky Way galaxy, which itself is now known to be one of at least 100 billion galaxies in the Universe.  While it has long been assumed that there must be planets in orbit around other stars, it was not until 20 years ago that an extrasolar planet orbiting a Sun-like star was confirmed to exist, the first of almost 2000 such exoplanets discovered since then. I will discuss, and in some cases demonstrate, the techniques used to detect exoplanets and measure their properties, which exploit phenomena from a variety of areas familiar to physics students, ranging from classical mechanics to general relativity. The criteria for the presence of life on exoplanets will be discussed, as will the issues involved in our being able to gather data conclusively proving life’s existence. 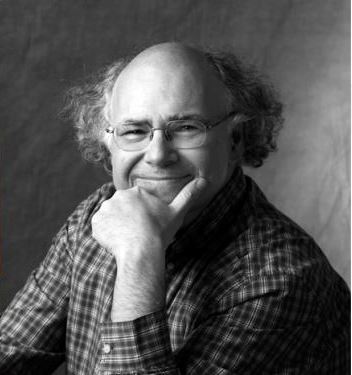 SPEAKER: Stanley Greenspoon earned his B.Sc. degree (Honours Physics) from McGill University and his M.Sc. and Ph.D. degrees from the University of Waterloo. In 2014, he retired from Capilano University in North Vancouver, B.C., where he had been a faculty member in the Physics Department since 1988 and chair of the Pure & Applied Sciences Division since 2006. Earlier in his career, Stanley taught at a number of universities and colleges in Quebec, Ontario, and Newfoundland. When he was in his twenties, Stan served on the Secretariat of the United Nations in New York City as a science affairs officer, involved with the application of science and technology to development. His scientific interests, publications, and conference presentations have been in the areas of Statistical and Condensed Matter Physics,  Astronomy,  and Physics Education. From 2006 to 2014, Stan served as chair of the British Columbia Physics and Astronomy Articulation Committee, at which representatives from universities and colleges across the province meet to facilitate student transfer between institutions.(Source)


The CSCA is not necessarily involved with directly sponsoring or presenting events listed as &quotRelated." In many cases, there may not be any affiliation between the parties involved and the CSCA whatsoever. These events are tracked-down and promoted on the CSCA site as a courtesy to our readers, in line with our purpose to encourage growth in understanding between science and the Christian faith in Canada. Even when the events listed do not have any explicit religious component, it is hoped that Christians will be encouraged to attend and participate.
Facebook Event Page
email