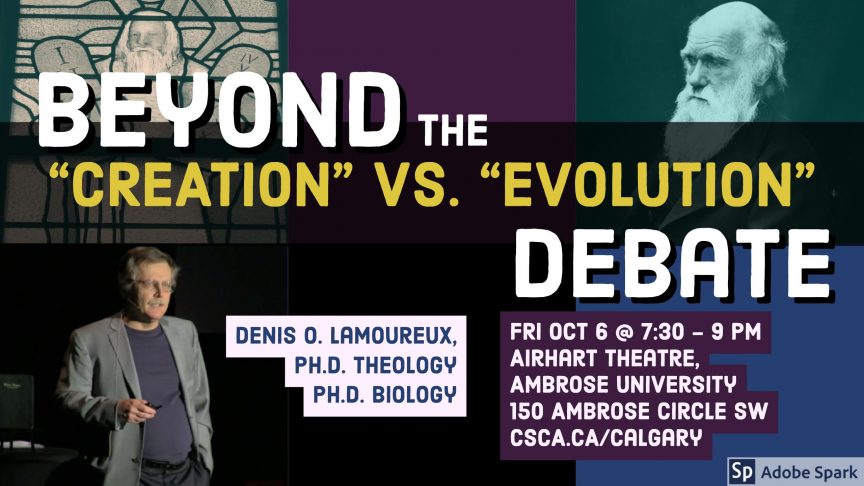 Ambrose University and the CSCA present a lecture by Denis Lamoureux (Associate Professor of Science and Religion, St. Joseph’s College, University of Alberta).

Denis O. Lamoureux is an Associate Professor of Science and Religion at St. Joseph’s College in the University of Alberta. He has debated leading anti-evolutionists, including Phillip Johnson, Michael Behe, and Jonathan Wells. With Johnson, he co-authored Darwinism Defeated? The Johnson-Lamoureux Debate on Biological Origins (1999). Lamoureux is also the author of Evolutionary Creation: A Christian Approach to Evolution (2008), and a contributor in Four Views on the Historical Adam (2013). He holds three earned doctoral degrees—dentistry, theology, and biology.