Trinity Western University’s Faith and Science Club and the CSCA are delighted to present a lecture by Dr. Paul Brown. ASA Fellow and CSCA member Dr. Dennis Venema will be offering a response from an Evolutionary Creationist perspective, followed by a back-and-forth discussion and Q&A.

“Why I Accept Design (and Why It Is a Good Idea)”

In response to Dr. Dennis Venema’s earlier lecture, TWU’s Dr. Paul Brown will present lecture on why he does not accept (mainstream) evolution, speaking from an Intelligent Design perspective.

Questions over our understanding of creation and evolution continue as a major issue within the Christian faith, and even in the world at large. How should we understand creation? How might God interact with creation? What is the difference between “evolution” and “intelligent design”? A different kind of evangelistic effort has been mounted, perhaps in evangelical circles especially, to move the church to adopt an evolutionary perspective of creation. Recently, a lecture at TWU was entitled: Why I accept evolution (and probably why you should as well). But should we accept this evolutionary perspective? What about the deep intuitive sense that a naturalistic narrative is not sufficient, and rather that there seem to be hosts of fingerprints of design in the cosmos, including design in life? This talk is a reply to the notion that the church, or scientists, or anyone, needs to embrace such an evolutionary narrative. Rather, for example, a richer understanding of our natural world is opened by including the idea of intelligent agent causality, and that this is consonant with a Christian understanding of creation. This seminar is meant as part of a continuing conversation. 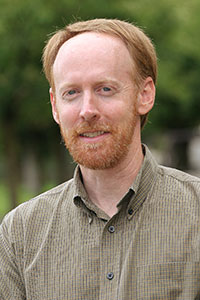 Paul Brown studied biology as an undergraduate and soil and plant chemistry in graduate school.  During his post-doctoral research at the Max Planck Institute for Chemical Ecology, he studied natural defense compounds in the model plant, Arabidopsis. His research has been published in various journals, including Journal of Agricultural and Food chemistry, Plant Physiology, and Phytochemistry, and he has been at TWU for 15 years.

Dr. Venema will be responding to Dr. Brown’s lecture for ten minutes, after which there will be a back-and-forth discussion and Q&A. 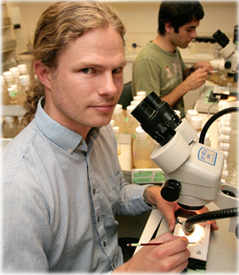