CANADIAN SCIENTIFIC & CHRISTIAN AFFILIATION
Baker at TWU: What mean these stones?: Adventures in blogging about Young-Earth Creationism - The Canadian Scientific and Christian Affiliation

Jonathan Baker is giving a public lecture at TWU entitled “What mean these stones?: Adventures in blogging about Young-Earth Creationism” 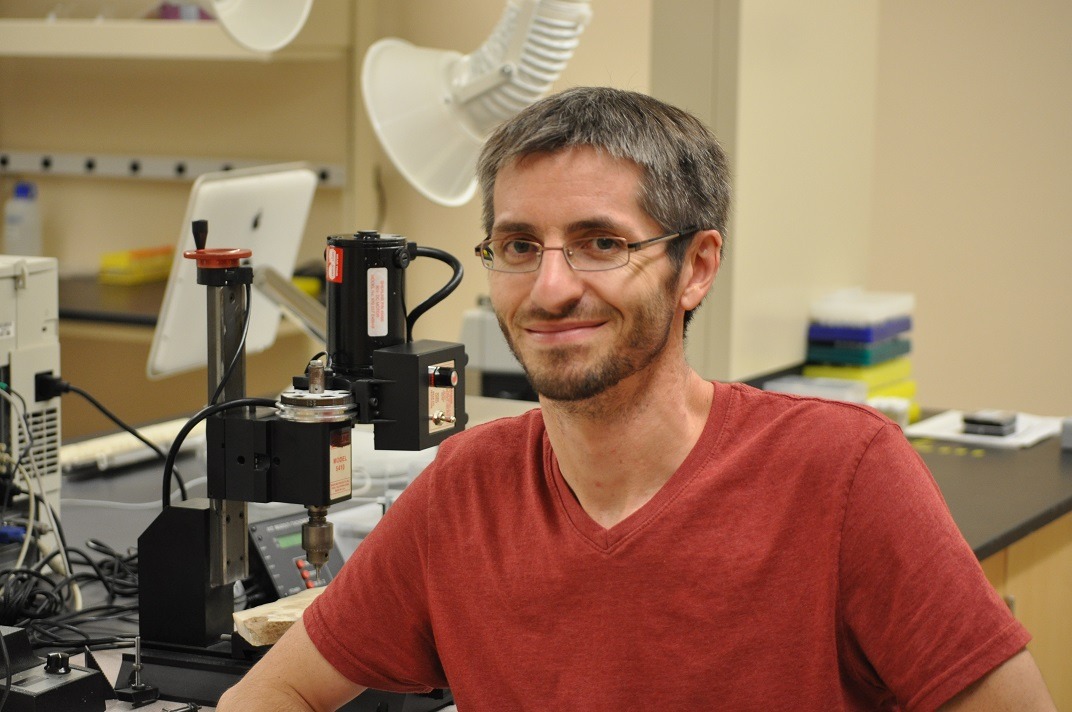 Jonathan Baker, a Ph.D. candidate in geoscience, studies how the chemistry of carbonate rocks may be used to reconstruct past climates and environments. His own research utilizes secondary cave formations, such as stalagmites, to create high-precision archives of paleoclimate. He is pictured here with one stalagmite that he collected from Russia, which is being sampled on a micro-drill stage.

ABSTRACT: According to recent polls, approximately one third of the U.S. population accepts Young-Earth Creationism (YEC) in some form, and nearly one half rejects biological evolution. Despite rapid advances in the Earth and life sciences, however, these percentages have not declined appreciably in at least two decades. Efforts to curb the growth and influence of YEC, particularly in American politics and education, have typically focused on better educating the public about evolutionary theory and common descent—the primary polemical targets of creation ministries. These counter-movements have had little impact on the creationist community, because the modern ‘creation science’ movement was facilitated largely by the work of Morris and Whitcomb (1961), whose foremost goal was to reinvent the framework in which geological evidences were interpreted. If the Earth is less than 10,000 years old, then biological evolution and common descent cannot possibly account for the diversity of life on Earth, especially human beings. Even today, the success of Answers in Genesis owes much to staff geologists like Steven Austin, Andrew Snelling, and Michael Oard. Holding doctoral degrees in geology, these authors have built an article database that has been all but canonized by YECs across the world, including many churches. Despite operating within a discipline unrecognizable to 99% of the world’s geologists, so-called “Flood geologists” boast an unrivaled authority among YECs and thus are free to publish their research without subjecting it to peer-review or criticism. In response, various groups and individual bloggers have committed themselves to the critical task of holding Answers in Genesis responsible for their scientific claims, but it is unclear to what extent these minor voices are effective in a debate long settled within academia. In addition to correcting the misinformation spread by creation ministries, however, such critiques have elucidated the cunning means by which the young-Earth movement continues to grow today.

SPEAKER: Jonathan Baker, Univ. of Nevada, Las Vegas Ph.D. candidate in Geoscience (expecting to graduate May 2015). Academic experience as a field and laboratory researcher in sedimentary geochemistry, paleoceanography, and paleoclimatology in the western US and Russia. Experience building international collaborations, through which his research currently focuses on the use of stable-isotope records in secondary cave formations and lake sediments to reconstruct Holocene climate dynamics over continental Eurasia. Recent Fulbright recipient (2012–2013), through which he carried out this research in the Russian Federation. Blogs at ageofrocks.org.

Where: TWU, RNT 125 (The Robert N. Thompson building is #15 on this campus map) – pay parking is available nearby and throughout campus. [Note: There are a number of other events on campus that evening, so please arrive in time to secure a parking spot.]