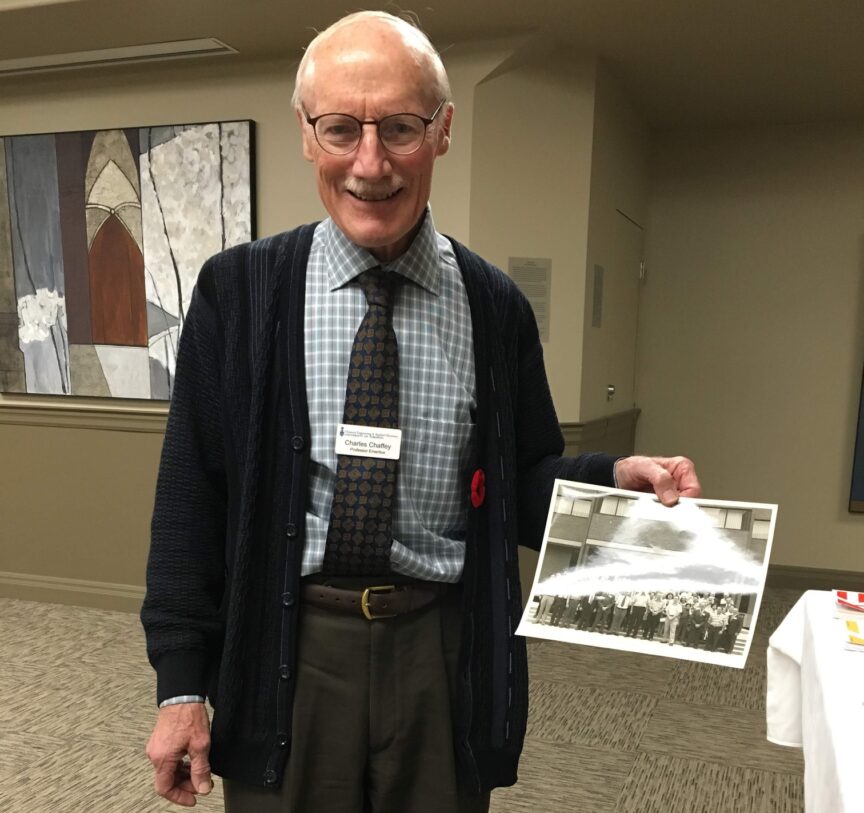 We recently received word from his family that Charles Chaffey had passed away in October 2021. We all at the CSCA are deeply grateful for the valuable contributions Charles made from before our beginnings until his passing, and express our sincere condolences to his family and friends. An obituary has been placed here on the ASA “Members in Glory” page (reproduced below).

Don McNally, Executive Director of CSCA until 2018, writes: “It was my privilege to work with Charles on various aspects of the CSCA since the mid 80s. Charles was always passionate and precise in his concern for the ministry of the CSCA and was deeply appreciative of the founding vision and early leadership of the CSCA. In June of 2016, I asked Charles to share his recollections on the early years of the CSCA. Charles shared his appreciation for the founding members and leadership of the CSCA in a message we have included below. True to character, Charles minimized the important role he played and highlighted the valuable work of others during this period.”

For many years, members of the American Scientific Affiliation (ASA) in Canada had been involved in its activities and appreciated receiving its Journal. In the 1970s, younger Canadian members of the ASA valued the opportunity for fellowship with long-time members such as Dr. Howitt, by then retired, a staunch creationist. Then Harry Leith took a lead in bringing the Annual Meeting of the ASA to Canada for the first time, to York University in Toronto in 1972, where he was on the faculty; however, he then accepted an appointment in Alberta, so that the responsibility for organizing the meeting fell to Daniel Osmond at the University of Toronto.

Because the policy of the ASA was to charge a low registration fee, the budget was very limited. The meeting was not large enough to require parallel sessions, and for economy, it was held in a rather small classroom, which fortunately accommodated everyone and gave better fellowship than a large lecture hall would have. Registration was handled by an assistant professor who was teaching computer programming; he recorded the details of each registrant on a punched card, which a Fortran program then used to produce a computer-generated printout to be mailed back in an window envelope, so that Canada was quite up to date with the technology of the 1970s. The meeting gave Canadians an excellent opportunity to meet and converse with ASA leaders, who included H. Harold Hartzler and Richard Bube. It also showed that there was sufficient strength in Canada to establish a “Canadian Scientific Affiliation” which would be able to collect membership fees in Canadian dollars and issue receipts for tax purposes for donations from Canadians. The task of making this a reality was taken on largely by John Stewart of Brockville, Ontario; however, because the Canada Revenue Agency insisted that the name reflect the organization’s religious character, its name had to be Canadian Scientific and Christian Affiliation (CSCA). The founders and charter members of the CSCA in 1973 were John Stewart, Daniel Osmond, and W. Douglas Morrison of Guelph. Soon afterwards all the members of the ASA in Canada were made members of the CSCA too.

At the beginning, the CSCA had essentially no identity of its own, the members regarding themselves as ASA members. Gradually activity picked up, starting in south central Ontario. Dan Osmond gave leadership in Toronto, using his connections with other Christian organizations, especially Inter-Varsity Christian Fellowship, to “piggy-back” the CSCA, as a co-sponsor of events. In the 1980s the CSCA gained status as a recognized campus group at the University of Toronto, giving it access to rooms on campus. However, since that was not entirely satisfactory for members outside the university, status on campus was not continued. Don Erling hosted meetings in his home to discuss articles in the ASA journal (now Perspectives on Science and Christian Faith). When Robert Vander Vennen of the Institute for Christian Studies (ICS) in Toronto became president, the executive started to meet in the grand boardroom of the ICS under a splendid mural depicting the sweep of biblical history, and planning began to make the CSCA more truly national and Canada-wide.

During one of the meetings, a noticeable earthquake made the chandeliers swing; maybe it was a sign of divine favour. As an early geographic expansion, a significant meeting was held in Ottawa, to which many members travelled from Toronto, being generously accommodated in the homes of their Ottawa hosts. The scope of the CSCA continued to widen during the presidency of Norman Macleod, and representatives from Western Canada and other regions were added to the executive.

Meanwhile, the CSCA was also vigorous in Guelph, Ontario, under the guidance of Doug Morrison, who opened his farm home for meetings and events. The most memorable of these was a lecture by the eminent neuroscientist and author Professor Donald MacKay of Keele, UK: planned for the open air, it had to be moved at short notice into the barn because of a heavy rainstorm. There the adults were giving rapt attention to Professor MacKay at his impromptu podium while the children were having a wonderful time leaping on a pile of hay at the back of the barn.

Subsequently, the CSCA executive met regularly at Doug Morrison’s home. The CSCA community was greatly distressed by the news of Doug Morrison’s final illness; his perseverance and fortitude as death approached were a wonderful testimony to his Christian faith.

In its formative years the CSCA was following the lead of the ASA, becoming a forum where professional scientists who know Jesus Christ as Saviour can discuss issues and challenges that arise when science and faith interact, and resolve problems that arise when well-meaning Christians oppose accepted scientific knowledge. This development was due in large part to the dedication of highly regarded science researchers in secular universities, notably Dan Osmond and Doug Morrison. In spite of the major commitment of time they had to make in order to contribute to science at a high level, they still devoted themselves to Christian ministry through the local church and organizations including the CSCA. 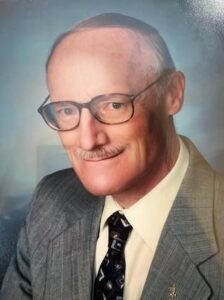 Charles Elswood Chaffey passed away October 15, 2021 at Michael Garron Hospital at the age of 80. He is survived by his loving wife Eunice, his children Anna (David) and Charlotte (Chris), and his grandchildren Emily, Timothy, Benjamin, Philip, Beatrix, and Kees.

Charles was appointed Professor Emeritus in 2006 after a career at the University of Toronto in the Department of Chemical Engineering and Applied Chemistry of the Faculty of Applied Science and Engineering. Charles was a faithful member of Forward Baptist Church of Toronto. He was an enthusiastic and involved member of the Toronto Field Naturalists, the Bruce Trail Conservancy, Senior Hikers of Toronto, Canadian Scientific & Christian Affiliation, Senior College at the University of Toronto, and Cosburn Park Lawn Bowling Club. He was a valued volunteer with the Herbarium at the Royal Ontario Museum.

Charles Chaffey has been an active and faithful member of the ASA and CSCA, becoming recently recognized for his 50-year membership. He was one of the most loyal attendees at CSCA annual meetings, and, along with his support for local events for the Hamilton Chapter, was well-known for his combining of public transport and his bicycle to attend all these Hamilton events, from his Toronto location. Throughout the years, he submitted a number of book reviews to PSCF, ranging from such topics as mathematics and environmental issues, to old-earth geology. In more recent years, through a series of talks he filled in a critical gap in the Canadian science and faith theme through his explorations of the historic scene in French Canada and the issue within that province’s Roman Catholicism. Charles was always known and respected for his engaging comments and questions at CSCA meetings and talks. He will be dearly missed.

Charles was one of the original members of the CSCA and maintained a keen sense of the founding principles and historical development of the CSCA over the span of his career and into retirement. With a modesty that was so characteristic, Charles was always quick to draw attention to the contributions of others, while overlooking his own very considerable role in establishing the CSCA as a highly respected academic ministry in Canada. This characteristic modesty is illustrated in his reflections on the founding years of CSCA. There will be no surprise when Charles hears the words of his Lord: “Well done you good and faithful servant.” 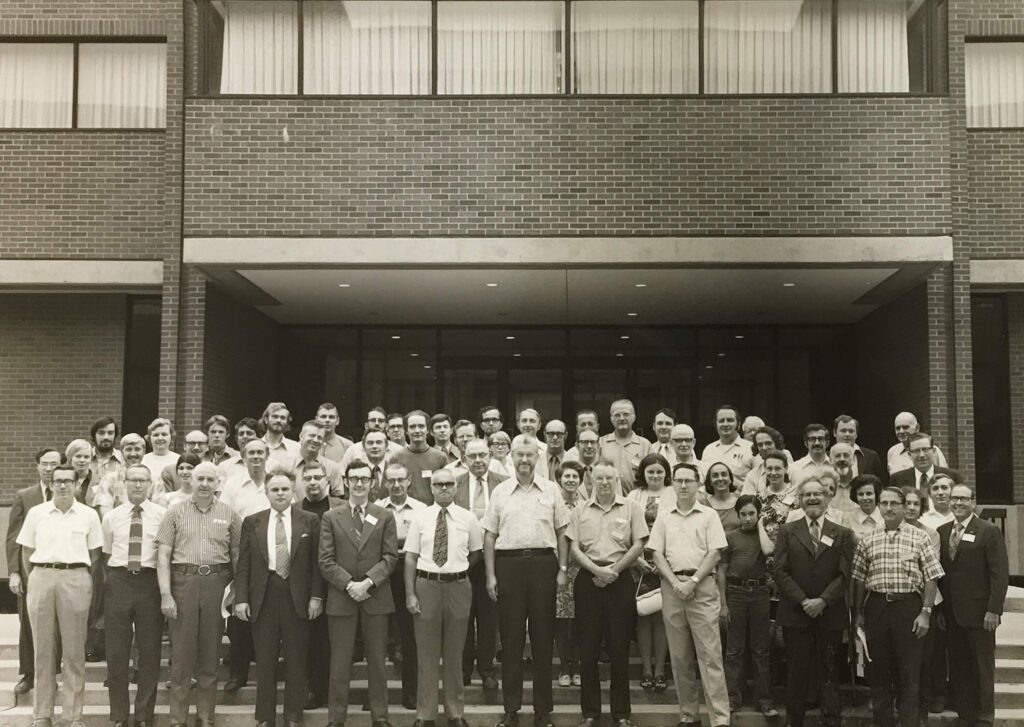 This photo showing attendees of the 1972 ASA Annual Meeting held at York University, at which the establishment of the CSCA was discussed, was presented by Charles Chaffey at the 2018 Annual General Meeting of the CSCA. 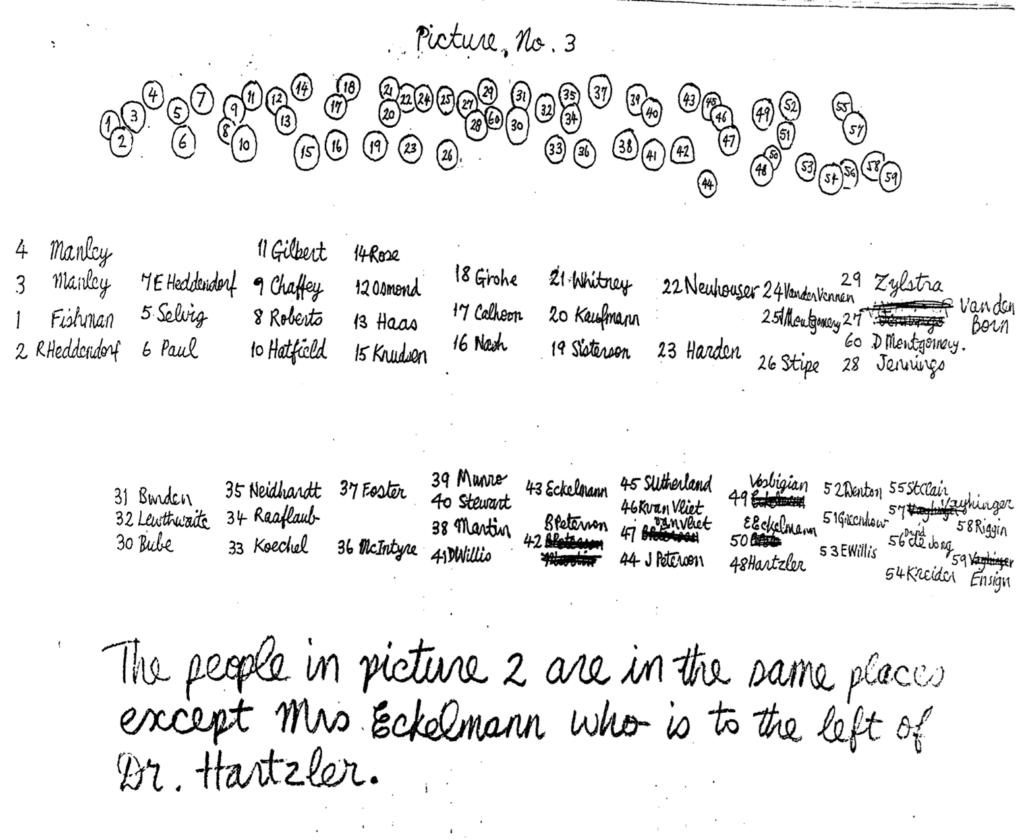