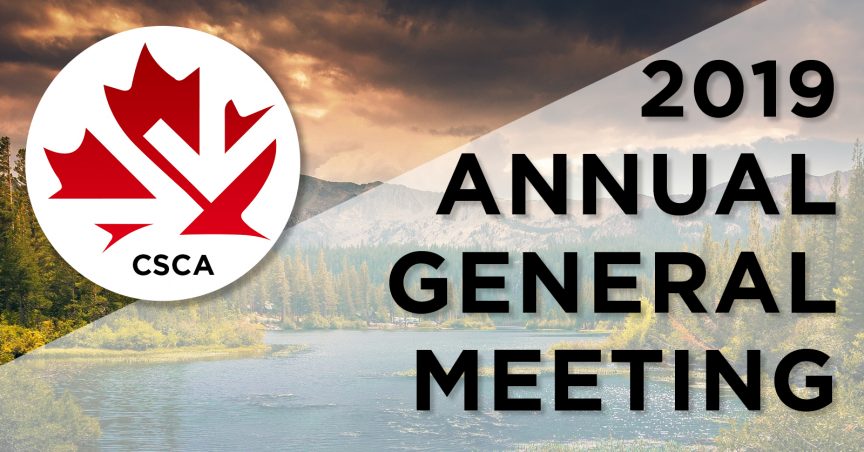 The 2019 Annual Meeting of the Canadian Scientific and Christian Affiliation was held on November 8, 2019, in Hamilton, Ontario. The venue was a new one – MacNeill Baptist Church, in the Westdale area of the city, and within walking distance of McMaster University. This is the new meeting site for the Hamilton Chapter of the CSCA, and we are thankful for their hosting of the venue. Activities included a public lecture, the annual dinner, and the meeting itself.

Our time together was opened with a recognition of the ancestral homelands upon which our meeting was taking place. Two pastoral issues were shared with those in attendance. One concerned the recent tragedy in South Africa that took the lives of beloved leadership of our sister organization A Rocha. The other was an update on the health of CSCA Vice President Patrick Franklin, who suffered a major heart attack mid-summer, followed up by a number of life-threatening episodes during the preliminary recovery time. Patrick’s miraculous recovery to this point was celebrated, and in fact, as you will see, became a recurring theme throughout our time.

CSCA Executive Director Arnold Sikkema introduced our speaker for the afternoon, Dr. Robert Mann. Robert, a McMaster (and U of T) graduate, is Professor of Physics at the University of Waterloo and the Perimeter Institute, and past long-time president of the CSCA. The topic was “A Finely Tuned Universe.” Few people have the gift that Robert has for explaining with eloquence and simplicity some very complex concepts of cosmic physics. It was amazing and insightful what Robert could do with the metaphor of balancing a pen or a pencil on the end of one’s finger. He provided a very succinct historical overview of the 60-year history of fine-tuning arguments, brought us to current thinking, and then peered into the future. His talk finished on a very positive note, concerning the likelihood that current trends point to an affirmation of God’s glory and wisdom. During the question time, and throughout the remainder of the whole event, we were able to make some connection with Robert’s points about the odds of fine tuning and Patrick’s Franklin’s survival (several times) against the odds.

The talk was followed by a dinner of turkey pot pie, lasagna, shepherd’s pie. The preparatory work of Arnold Sikkema and Janet Warren and their assistants for the meal was commendable and appreciated, and a word of thanks and support is also in order for the very helpful staff at MacNeill Baptist. The table conversations were inspiring and more than worthy of the $10.00 dinner fee.

Dinner was followed immediately by the annual meeting itself. About 24 people were present, including two non-members. The meeting started on a very positive note with a video clip from Patrick Franklin (embedded below). It was so good to see him, to hear his voice, and to receive his witness and take on his experience over the past while. He expressed his gratitude for the community of love that surrounded him and his family so effectively. Another positive note to start the meeting was the acknowledgement of the 50th anniversary of the membership of Charles Chaffey in the ASA, and subsequently CSCA as well. It was good, as always, to have Charles present.

President Janet Warren shared her report, which included the adjustments to the composition of the Executive Council, as Patrick Franklin continues with his recovery (please note the summary at the end of this blog). Motions were received and accepted for the following appointments: Heather Prior from Edmonton as Vice President, and Mike Werth of Comox, BC as Treasurer (Mike has been active in the position since early 2019).

Executive Director Arnold Sikkema presented his annual report, which was his first in this position. He noted some of the financial and tax complexities of our organization, particularly because of our recent grant as well as the unique association with the American Scientific Affiliation. He noted the positive working relationship and ongoing interactions with the latter. Arnold emphasized the importance of a strong and vital Local Chapter activity. He also shared various options for an upcoming ASA annual meeting in Canada, which has been requested by that organization. The last meeting in Canada was hosted at McMaster in 2014.

Arnold then presented the annual financial review for the 2018 fiscal year. It was the final year of our grant from the Templeton World Charity Foundation, Inc. It finished off with great strength, due to the success of the May 2018 CSCA conference in Langley, B.C., and the hard work and stewardship of Arnold and Project Development Officer Mark McEwan.

Bob Geddes, as CSCA Secretary, shared the membership update. Regular membership remains strong, at 206, but we still suffer from an ineffective manner by which to retain our revolving student membership. The Executive Council is open to any ideas and thoughts as to how this might be addressed.

To conclude the meeting, time was spent on some visioning and sharing of future activities. Janet shared an update on a related Christian Study Centre which is being formulated for the Hamilton area, under the direction of Local Chapter leader Don McNally, and which will have a relationship with the CSCA. A retreat, designed primarily for students, is planned for Loyola House in Guelph on May 2. It is being coordinated amongst the Waterloo, Hamilton, and Toronto Local Chapters, under the leadership of Waterloo Chapter leader David Shumaker. It is entitled “Practicing Science as a Christian Vocation”. The meeting concluded with an open discussion and request for input concerning ideas for when and where to host the requested annual meeting of the ASA. This input will further be explored by the Executive Council. Stay tuned!

The final official act of the meeting was the affirmation of the Executive Council:

From start to finish, the meeting and its associated activities had a clear positive atmosphere, and a strong sense of the presence of a guiding Holy Spirit. In many ways, it was an evident validation of the CSCA and the importance of its unique ministry in these current times.