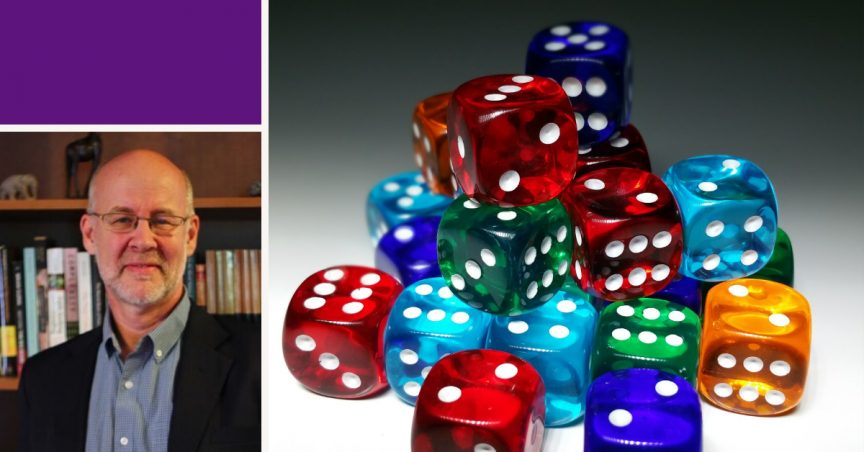 Adapted from Chapter 2 of Christian J. Barrigar, Freedom All The Way Up: God and the Meaning of Life in a Scientific Age (Friesen, 2017).

Is there genuine randomness in Creation? Some Christians contend not. Philosopher Paul Helm, for instance, states that, “Not only is every atom and molecule, every thought and desire, kept in being by God, but every twist and turn of each of these is under the direct control of God” (p. 22). Such a view could be called “divine determinism,” within which there is no room for randomness in Creation–as though the only option open to God was to create a world in which the processes of nature are as predictable as the movement of a needle in the groove of a vinyl record (though with God needing to intervene from time-to-time to get the desired outcome). Contrary to this view, however,  most working scientists—whether in physics, chemistry, or biology—observe what appears to them as genuine randomness. What are Christians to make of this apparent conflict?

First, randomness does not inherently defeat teleology. In fact, as we often see in our high-tech world today, randomness can actually serve teleology. A widely-found example is random number generators, which are used for lotteries, for encryption, for the shuffle option on a CD player, for non-character players in video games, and for numerous other applications. Or, to take a very different example, the random motion and multiplication of bacteria cultivated in a petri dish is likewise initiated purposefully by the scientist or technician engaged in a particular research project or medical test. Such applications are teleological, for they intentionally employ randomness as part of a process to achieve an intended, purposeful outcome, such as determining a lottery winner, ensuring secure communication, enhancing one’s enjoyment of video games or music, or producing a medical test—and these are just a few of the many commercial, consumer, and scientific applications of randomness that exist today. Moreover, the presence of randomness in each of these examples is essential to the purpose of the process. That is, without randomness teleology would not be possible in such cases.

Crucially, this is precisely what we see in Creation as well—that randomness is actually an essential element of God’s strategic design for Creation. For instance, randomness is integral to sustaining life: as Peter Hoffmann dramatically puts it, “Without the chaos of the molecular storm [at the cellular level], the molecular motors in our cells would not move and we would be dead” (p. 72). Richard G. Colling makes a similar comment: “Without the Second Law and its inherent quality to make physical matter and energy randomize, nothing in the world would happen. Everything would stop. There would be no chemical reactions, no physics, no connections, no movement, no life—nothing!” (p. 25).

At a larger scale, randomness is critical to God’s telos for the universe. Let us describe this telos as follows: to build a system (i.e. “the universe”) which would produce agape-capable beings in agape-love relations with God and with others. (As distilled from the life of Jesus of Nazareth, agape-love is defined here as “self-sacrificial self-giving for the blessing of God and of others, especially those who are vulnerable, as well as strangers and enemies.”) Agape-love requires sufficient freedom, as free will, to choose relationships and actions of agape-love. Yet, since the work of neuroscientist Benjamin Libet in the early 1980s, it has become standard practice within neuroscience to deny the existence of free will. Nonetheless, in recent years alternate research has emerged. For instance, two recent studies contend that Libet’s work misses that the presence of thermal noise (random molecular action) at the synaptic level is a significant element in the neural processes that make free will possible (e.g. Tse, p. 134; Saigle et al.).

On a conventional reading of science today, emergent complexity, at all levels of physics, chemistry, and biology, has involved an interplay of randomness, order, regularities, determinism, and probabilities. This is what philosopher of science Nancy Cartwright calls our “mottled world.” In effect, the basis of freedom within emergent Creation is indeterminism at the quantum level and randomness at the classical level; without this, all of Creation would be deterministic. In other words, by creating such a “mottled” system, God has built a system with sufficient “freedom all the way up,” from the Big Bang to the emergence of big brains, to ensure the emergence of sufficient free will for purposes of choosing lives and actions of agape-love. This is to say not only that randomness is possible within the sovereignty of God, but that randomness is a strategic and critical part of Creation, intentionally built by God into Creation as part of achieving God’s life-producing and agape-producing telos for the universe. 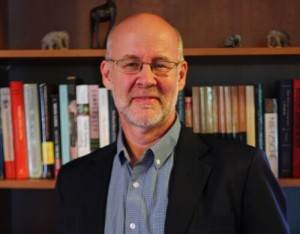 Prior to pastoring Chris taught and/or supervised at the graduate level for a number of Canadian, Indian, and British institutions. He is a member of the Canadian Society of Christian Philosophers, the Canadian Society for the History and Philosophy of Science, and the CSCA–actively serving at our local chapter in Montréal. Chris also serves as Convenor of the Christian Faculty Fellowship at McGill University.