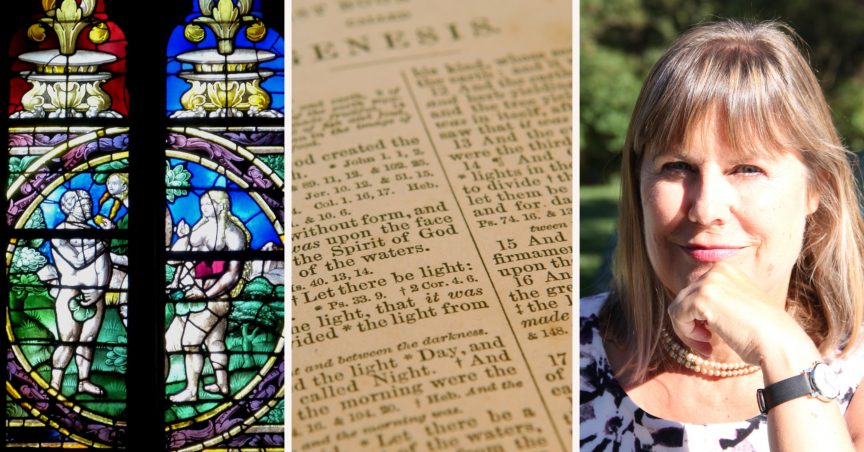 I love the opening chapters of God’s Word. It begins with a grand pronouncement: God created the world. Unfortunately, of all the books in the Bible, I think it is one of the most misunderstood. In this pamphlet, I review approaches to understanding biblical creation passages.

Misunderstanding Creation in the Bible

I suggest that biblical teaching on creation is misunderstood because:

I will help clarify these issues by beginning with the last.

It used to be thought that metaphors were simply ornamental; a different expression of something that could be described in literal language. However, contemporary linguistic theory has shown that metaphors are powerful—they convey meaning and often cannot be translated into plain language. They can be complex, organized into a system of related metaphors or a model. For example, the expression, “life is a journey” incorporates other metaphors like babies “arriving” and the dead “departing.”

Many theologians recognize the importance of figurative language in expressing truth. This is especially important when we are dealing with transcendent or unseen realities. Metaphors and models are common in both science (e.g., the cosmos is a string symphony, the brain is a computer) and the Bible (e.g., God is a rock, Jesus is the bread of life). Many metaphors cannot be reduced or translated; e.g., try to explain the breath of God or being born again to a non-Christian. Metaphors can also be “twice true,” having an historical as well as a deeper meaning.

When it comes to creation passages, interpretation is even more challenging because the Bible is written in ancient languages and in ancient cultural situations. Biblical scholars usually categorize Genesis 1–11 as primeval history. This means that it does not chronologically record events but instead offers a picture of the origins and rebellion of humanity. It does not explain details of “how” but discusses “why.” Genesis addresses issues of suffering, death, and evil. It helped the people of Israel (often held captive by their enemies) strengthen their identity and faith in God.

Genesis 1 is often misunderstood, but its poetic structure is clear. Universal symbols such as dark/light and heavens/earth are prominent; these are laden with implications of good overcoming evil and cosmos overcoming chaos. There are repetitive phrases common to poetry: “God said” (ten times), “and it was so” (seven times), “and He saw that it was good” (seven times). Most interesting is the literary framework of the chapter. The first three days depict the creation of space: light, sky/water, and earth. The next three days describe the filling of these spaces: sun, moon and stars, birds and fish, and land animals. These metaphorical and actual spaces are separated from darkness, the deep, and formlessness—all of which were problems existing before creation (Gen. 1:2)—and are filled with good things. Thus Genesis 1 functions to reassure God’s people that He is indeed the creator of order, goodness, light, and life.

First, the primary purpose of Genesis 1 and other texts is to point out that God alone created the world. The sovereign God of Israel, the Father (Gen. 1:1; Heb. 11:3), Son (John 1:1,14; Col. 1:16; Heb. 1:2), and Holy Spirit (Gen 1:2; Ps. 104:30). This God is so powerful that He simply speaks creation into being (Gen. 1:3; Ps. 33:6). This contrasts with other ancient stories that describe creation as involving complex and bloody battles between the gods. Furthermore, the sun, moon, and stars that other nations worshipped are dethroned—described as merely created by God.

Second, a variety of models of creation can be described. The cosmic-conflict model, which emphasizes divine power, suggests that creation arises from God’s powerful victory over cosmic enemies; e.g., “You divided the sea by your might” (Ps. 74:13). The divine wisdom model views creation as the work of a loving craftsman; e.g. “Who has measured the waters in the hollow of his hand…” (Isa. 40:12). A third model emphasizes God’s holiness and his loving personal presence. Creation is akin to the temple (there are linguistic parallels between Genesis 1 and Exodus, which describes the construction of the tabernacle), a divine dwelling place and a place where God can interact with his creatures; e.g., “the Word became flesh and lived (the Greek word means ‘tabernacled’) among us” (John 1:14). Each model offers a different perspective on biblical creation.

Third, Genesis 1 and 2 emphasize human responsibility in creation. God commands his followers to “rule” the earth (Gen. 1:28) and “keep” the garden (Gen. 2:15). We are to be co-workers and co-creators in taking care of the world. It is interesting that the Bible begins with a garden but ends with an elaborate city. This suggests that creation is meant to be developed. We are also given the ministry of reconciliation (2 Cor. 5:18), or responsibility in overcoming the effects of sin and evil in the world. And science is an excellent tool we can use in fulfilling God’s commission. Scientists, researchers, clinicians—whether or not they believe in God—work to explore and improve creation. Their discoveries lead to wonder and awe, or result in technologies that heal sickness, improve health, or cleanse pollution. We may not all use science to follow the creation-care command, but we all benefit from it.

In sum, biblical creation passages, when read at a deeper imaginative level with consideration of cultural context, help us not only to understand God’s Word better, but to apply his commands in our daily lives and to see how science and Christianity can be compatible. 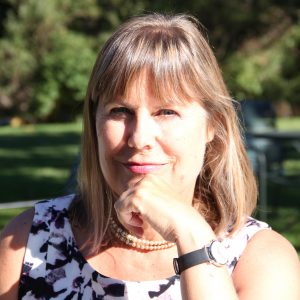 Janet Warren (BSc, MD, PhD) is president of the CSCA. She lives in Hamilton, Ontario, and works part-time as a family physician with an interest in psychotherapy, and part-time as an independent scholar in theology. She has presented and published on diverse topics in faith and science as well as in theology.