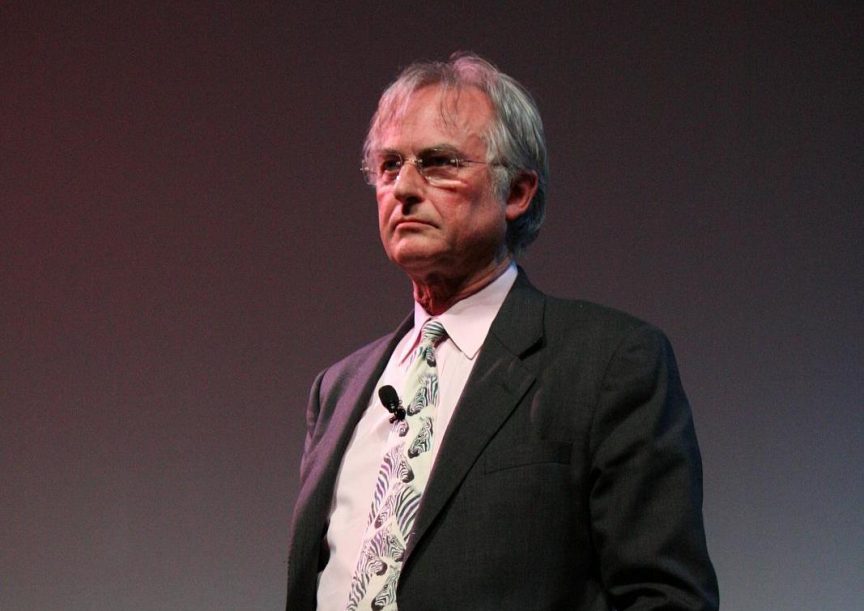 In late 2016, Richard Dawkins came to Vancouver, B.C. He was on stage at the Chan Centre for the Performing Arts (University of British Columbia) in an event billed as “AN EVENING WITH RICHARD DAWKINS … In conversation with Matt Dillahunty.”

I live half-time in Vancouver with my wife, Sonya. We both respect Dawkins and enjoy his writings. So we bought our $100 tickets and attended the event. Taking our seats near the front, we settled in anticipating an intellectually stimulating lecture (well, we thought it would be a lecture) by Dawkins. It turned out to be more of a rambling conversation between Dillahunty and Dawkins, closing out with questions from the audience.

We were disappointed. The evening actually turned out to be less an engaging intellectual conversation, and more of a rah-rah evangelical-style meeting of atheists; atheists who seemed to have no better thing to do than to slam anyone sufficiently featherbrained to have faith. For all I know, we were the only believers in the room of about 3,000 people.

Sonya and I chuckled (to ourselves!!!) all evening at the naiveté of unbelief exhibited in the room. The anti-theist rants never touched our faith at all. The emotionally-laden tirades and the more urbane sophisticated stabs at humor were all aimed at a conveniently chosen, tightly defined, and easily ridiculed segment of Christianity. The laughter and applause came as if on cue from the crowd of mindless group-thinking enthusiasts in an atmosphere very analogous to many religious rallies I’ve witnessed (also to my dismay!).

I was sitting next to a young student and enjoying a pleasant conversation, which came to an abrupt end when I mentioned that I was a believer. He apparently did not come for intellectual stimulation. He came, as it seems did most everyone else, for a pep rally. He later joined the line at the mic for audience questions. Several of these questions were not questions, but emotional plaints from the discouraged faithful (or rather faithless) about their struggle to maintain constancy to secularism among their less enlightened friends and family. The crowd would then signal their understanding and support, offering words of encouragement and applause, not unlike the response one might expect at a 12-step meeting. As the crowd reacted knowingly to the mockery of the narrow-minded bigotry and intolerance of Christians, I was struck by the irony of how palpable those very elements were in that auditorium.

I count scores of atheists as personal friends! I am quite sure that they would have felt no more comfort in this crowd than I feel in a Fundamentalist tent meeting.

I have enjoyed many deep and introspective conversations with these non-believing friends. Most of them are fully supportive of the notion that good science can exist side by side with thoughtful faith. There can be many productive insights gained mutually when skeptics and believers enter into meaningful conversation. This is particularly true when both parties exhibit humility, and a transparent willingness to own up to their own misgivings, the weaknesses in their respective world-views. Such humility and transparency were glaringly absent in this “Evening with Richard Dawkins.”

I still respect Richard Dawkins. He has made a significant contribution to an understanding of our evolutionary history. He is thoughtful and insightful! But this evening with Richard was not an example of that. It rather confirmed my contention that Dawkins should stick to evolutionary exposition (where he shines!) and jump off the anti-religion bandwagon, where he and his followers display a woeful ignorance.

Cliff Martin is a businessman who splits his time between homes in Oregon, and Vancouver, British Columbia. After losing his wife of nearly 40 years, he met and married his wife Sonya, who lives in Vancouver, in 2014. Since living part time in British Columbia, he has attended various CSCA sponsored events in the Vancouver area and has become a CSCA member. His interest in science stems primarily from his prior interest in theology and his conviction that a study of the natural world can help us to better understand the Creator, possibly even providing hints of God’s purpose in Creation.