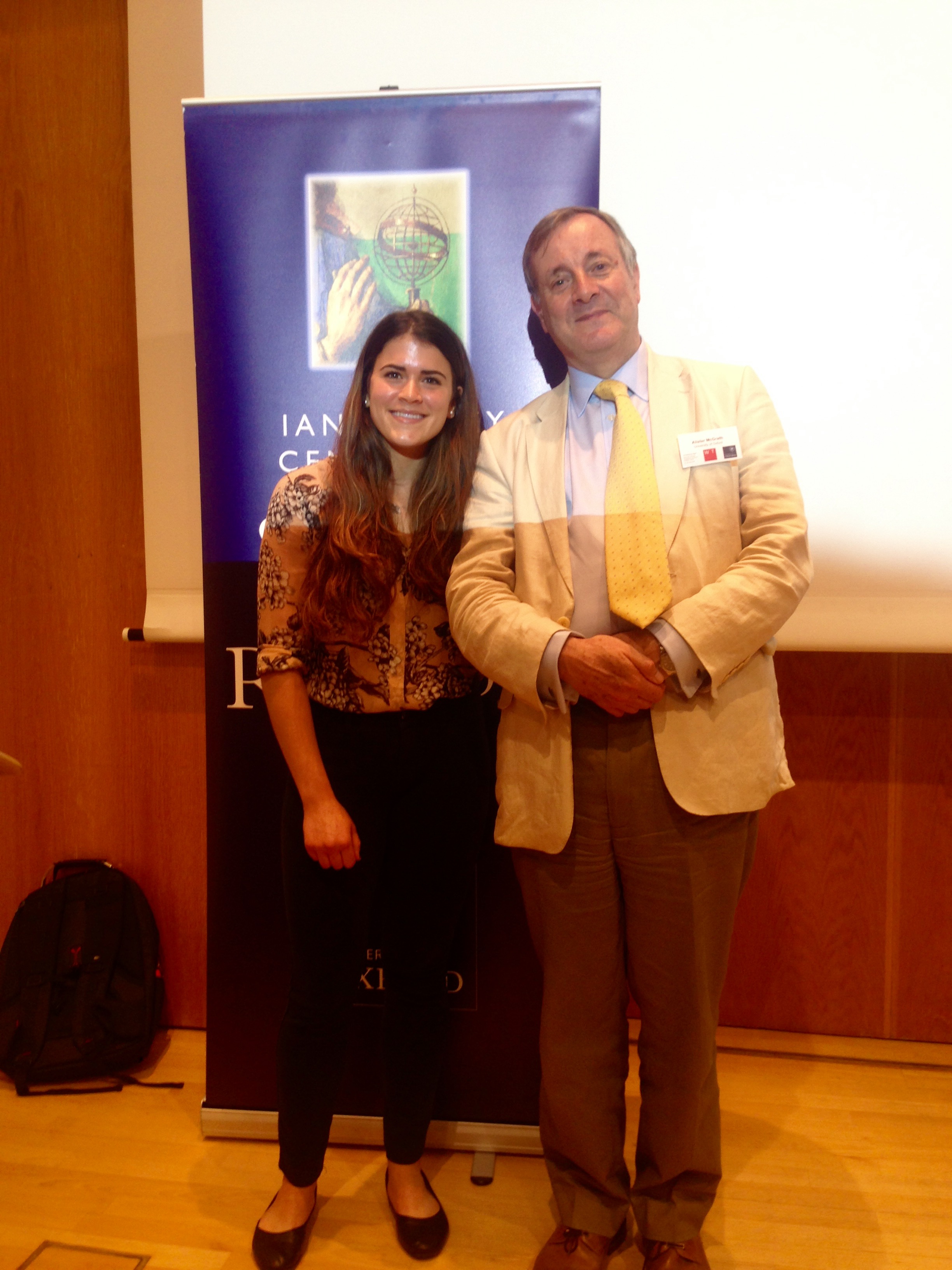 [columnize]The purpose of this year’s Ian Ramsey Centre conference was to investigate the interdisciplinary subfield of secularism studies and its implications. Four of the plenary talks in particular stood out to me.

The first was Professor Graham Ward’s talk, titled “Secularism: The Dead Debate.”The overarching thesis was that secular modernity is a “metaphysical and theological construction” that forms a convenient narrative for some while simultaneously repressing others. Ward argued that even those who identify with a purely secular narrative are unavoidably influenced by religion. He concluded with the hope that we will begin as a society to recognise the lack of truth behind a “neutral” secularity, and that instead we will seek a more holistic picture of our cultural underpinnings, without relying on a false sense of anti-religious modernity. I appreciated this talk because it provoked me to reconsider my previous conceptions regarding modern secular society and to reflect on the potential repercussions of society’s tendency to shoo religion out of everyday cultural discourse.

Professor Mary-Jane Rubenstein also gave a talk, titled “Multiverse Cosmologies and the Entanglement of Science and Religion.” The multiverse refers to an infinite number of universes, used as a theory by some physicists to explain our universe’s “fine-tuning” (i.e. the specific set of variables, which, if different, would have resulted in the creation of an unsustainable universe). Infinite universes allow for infinite variable possibilities, one set of which would be our own universe’s variables. While this theory could not disprove the existence of God, it could severely diminish God’s role in creation. Considering that the multiverse hypothesis originated as a response to the discovery of the fine-tuning of our universe, Rubenstein asked what makes this a “respectable scientific hypothesis,” and “what distinguishes multiverse cosmologies from metaphysics, fiction, mythology, or theology?” She argued that the very idea of a multiverse as a physics phenomenon automatically makes it also a metaphysical phenomenon: it was created as its own sort of secular “god of the gaps.” That is, physicists looking to prove the existence of the multiverse interpret scientific data with this mindset, and, as a result, they sometimes find “proof” in data that could have been interpreted differently. In conclusion, Rubenstein argued that we must observe how “scientific rigour and ontological complexity” are “totally bound up” in discussions of the multiverse. Professor Rubenstein’s talk further uncovered how the path taken by scientific research can often be a response to religious belief; thus, the religion narrative actually shapes the science narrative, despite popular culture’s desire for science to be a wholly objective enterprise.

Professor Alister McGrath gave two plenary talks. The first was “The New Atheism and the Dialogue between Science and Faith,” in which he explored the cultural appeal of the New Atheism. He suggested that the New Atheism is not a tool for fostering community, as one finds with religion; instead, it is an ideology that is “personally satisfying,” requiring “no need to congregate.” McGrath then went on to discuss how Christian theology could engage with the ideas of the New Atheism. He offered quotes by Professor Richard Dawkins that could be interpreted theologically, such as when Dawkins mentions the “all too limited human mind.” However, in the end it may be difficult for engagement to take place because a large motivator of the New Atheists seems to be their desire to sell books; this can be seen by the ease with which their simplistic ideas can be presented in the media. Yet there is much more to the topic of science and religion than what the New Atheists suggest, and it is often a complex, multi-variable relationship. It will take time for the more complicated nuances of the relationship between science and religion to trickle into mainstream understanding, but it is a task well worth undertaking. Having written an essay this year on Sam Harris’ The Moral Landscape, I found this talk particularly helpful in that it reiterated and helped me to further understand the conclusion I had come to in my own writing: that Harris had written in such a way as to appeal to the layperson while simultaneously misleading them  by means of scientism (which is itself illogical) and significant oversimplification.

Overall, I found the conference to be very rewarding in terms of furthering my understanding of science-faith compatibility, and I am grateful to CSCA for the opportunity to attend.[/columnize]

Victoria earned her MSt in Theology (Science & Religion) at the University of Oxford. She is currently studying medicine at McMaster University, and she hopes to pursue a career in surgery after completing her MD.  She also serves on the planning team for our CSCA Waterloo Local Chapter.