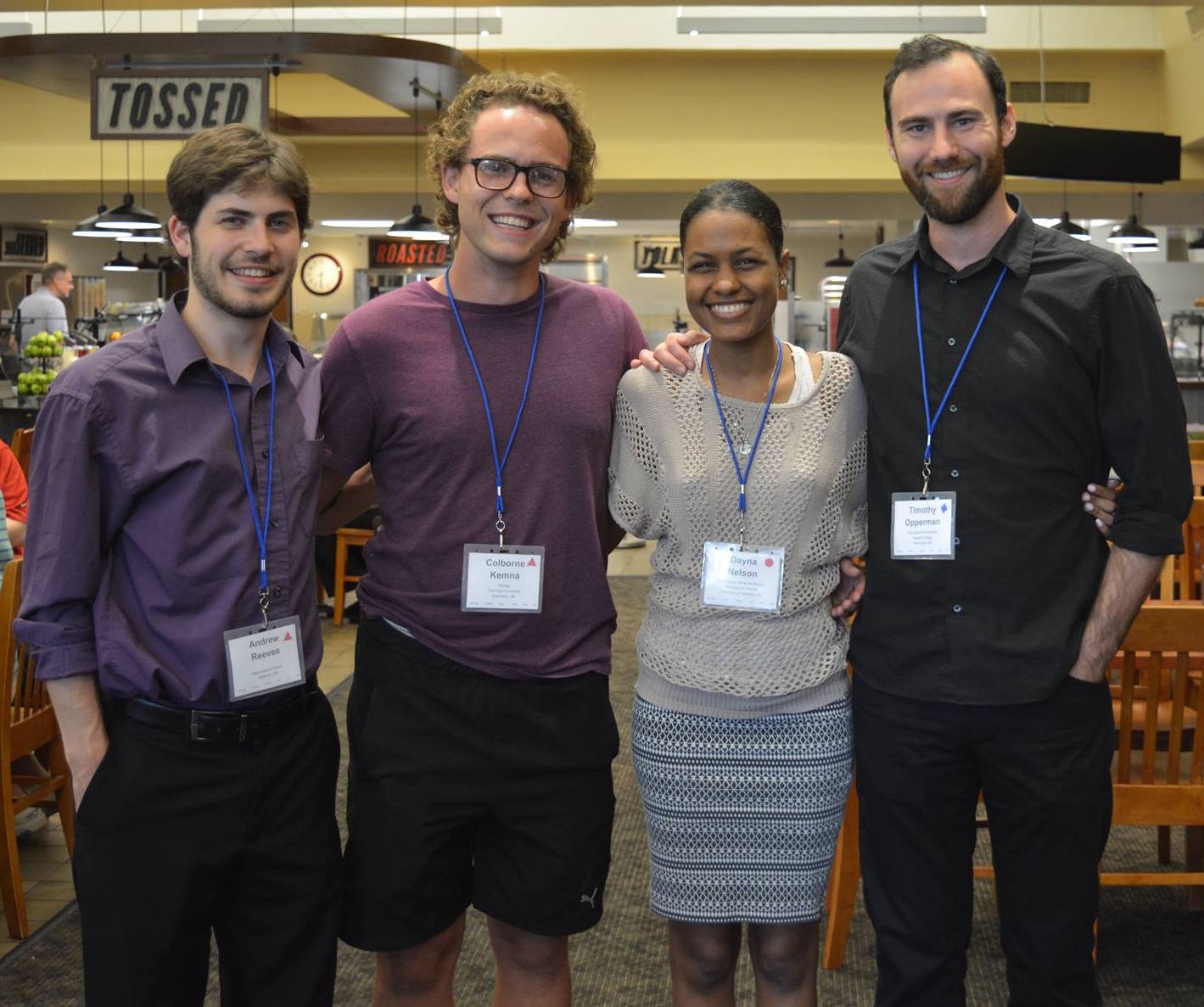 [columnize]ASA 2016 was a fantastic success, and it was my favourite of the conferences I’ve attended so far. The theme “Brain, Mind and Faith” was of particular interest to me because it focused on the interplay between psychology and religion–topics that are normally handled separately in my studies. Since I have not had the opportunity to study these in an integrated fashion, I was more than thrilled to explore it, albeit briefly, here.

I was fascinated by much of what I heard, but I was especially interested in Janet Warren’s talk on the non-rational brain and parallel processing of the brain. I am always happy to hear when scientists speak in favour of what is considered to be a non-Western model of thinking or cognition. Often times, we see the non-Western way of understanding the world as being irrational, which Janet highlighted was not to be confused or conflated with non-rational. This struck me because it brings to light the way ancient cultures, Aboriginals, for example, perceive and interpret the world, as well as how they pass this information to others. I understand the difficulty that the modern world faces in grappling with how there can be truth in things that are not perceptible or measurable. But I wish we realized that this was not always the case. It is amazing how extensively the Enlightenment has wiped this fact from Western cultural memory. I hope this area is researched more in the future. I think using metaphors to describe the world around us in incredibly useful.

I enjoyed Keith Miller’s talk on Natural Evil as well. I did not even know of Tolkien’s Silmarillion, which is a novel that provides the context for The Lord of the Rings. The view of death presented was striking to me here, where death is not seen a curse as, it often is in this world, but rather a blessing. I spoke with Keith about this later, and he explained that it is a gift because the burden of carrying memories around is lifted when you leave the earth. Those who were given the gift of immortality had that burden. I never quite thought about memories being a burden before, but I realized in that moment, and even more so now, that it is. When I think of colonization and acute traumatic events, it makes sense. I think as Christians we are mostly comfortable with our theological position on problem of human evil, but the answer to the problem of Natural Evil remains elusive. Why must we die by cancer, earthquakes, and floods? Not only Why must we die by these ways? but Why must these ways be so excruciatingly painful? There is the view that death is an integral part of evolution and natural selection, but that does not diminish the sensitivity of our pain receptors. So an answer eludes us.

The talks that explored the possibility of life on other planets were interesting as well. I learnt that only twenty-four of the elements are used in life. Ken J. Touryan had us ponder questions about whether the brain chemistry of life on other planets would work in the same way ours do. Presuming that we are working with the same elements, we postulate that they would. In a talk by Nahanni Freeman, I learned about the positive health effects of religion. Naturally, that’s quite fascinating to me and something that I would love to learn more about. As mentioned above, I usually study psychology and religion separately and unfortunately have not had the opportunity to study the psychology of religion or study those two areas in any coherent or integrated way; this is certainly a regret of my undergraduate career. But I hope to explore this area with Nahanni more. I had the opportunity to tell her about some research I participated in that seems to indicate that religious people are more expressive. I look forward to sharing that with her.

Roger Wiens’s and Audrey Bowden’s plenary talks seemed to speak to my soul. I enjoyed the personal aspect of their talks. As scientists and theologians, I sometimes think we (understandably) intellectualize our faith and underemphasize the personal component, so it was refreshing to hear them speak about their important work in the context of their personal faith. I enjoyed learning about work that has such broad implications for our world, and I am thrilled that Christians are right there at the forefront. I extended an invitation to each of them to visit our Waterloo Chapter in the future, so I hope that becomes a reality down the road.

I am incredibly grateful for having had the chance few get to be a part of a group like CSCA. In high school five years ago, I would never have thought I would be a part of a community of believers that speak my language, that would be as comfortable as I am with the ideas of science and faith–and as supportive as you have been. I am exceedingly fortunate to have this community be a part of my life. Given the voracious way in which I search for answers, I am not sure I would have found peace apart from a group like this, so I do not take it for granted. ]Every year this conference reaffirms my faith and reminds me that there is indeed a place for science and faith to coexist–and not only that, but that, at least in my mind, faith gave birth to science.[/columnize]

Dayna is currently finishing her degree in Honours Psychology, with Religious Studies and International Studies double minors, and she plans to pursue graduate studies in International Politics. She also serves as Local Contact for our CSCA Waterloo Local Chapter, working to build a team of people who will sustain the chapter in the years to come.

The CSCA is once again offering five scholarships of up to $1600 each to send Canadian students to science-religion conferences of their choosing. This year, the ASA annual meeting is in Golden, Colorado–this is one of many conferences that our winners could attend this year. Please click here for more information about our scholarships.