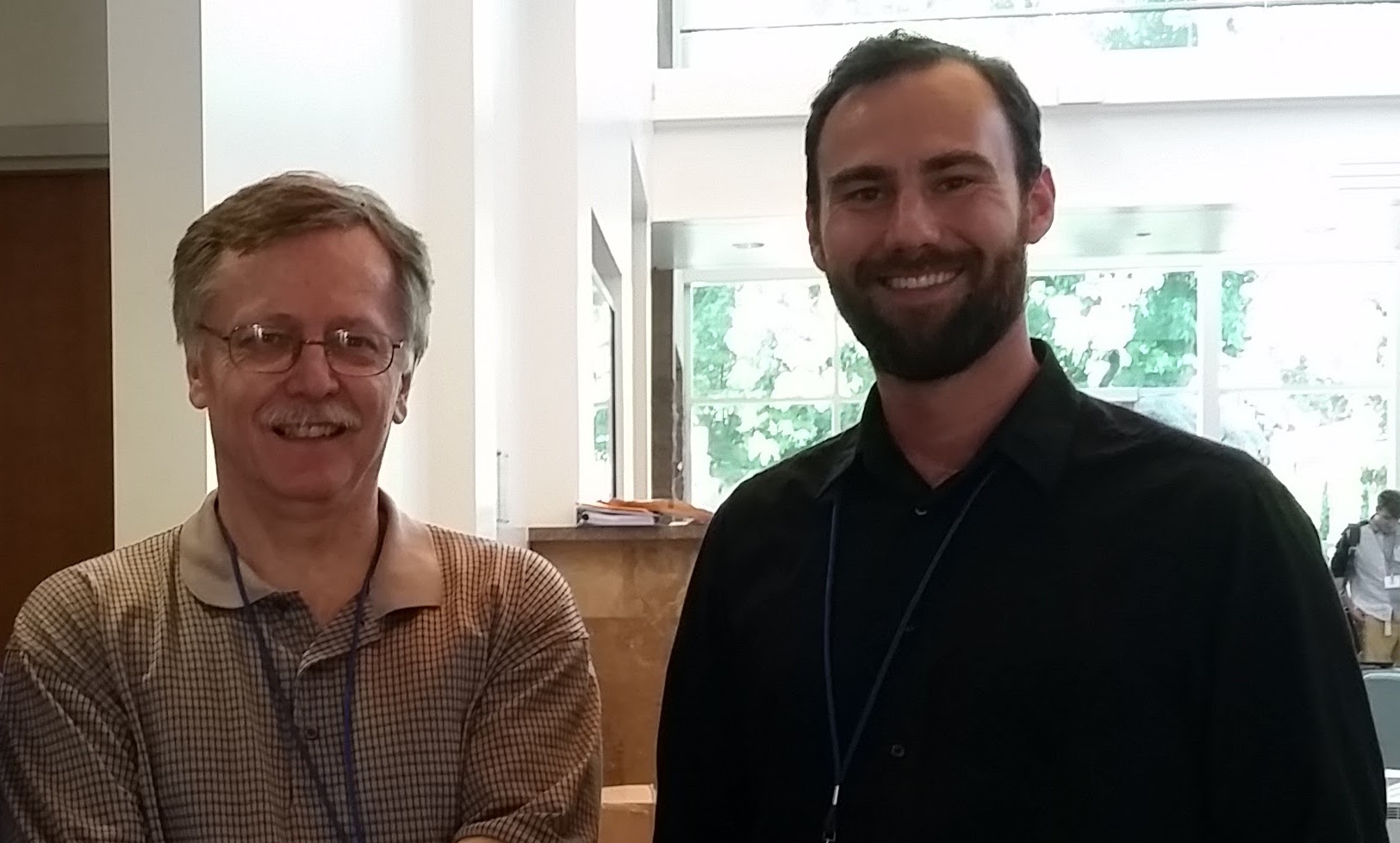 [columnize]I had a fantastic time attending the annual conference of the American Scientific Affiliation, and I felt particularly fortunate that my first time was the 75 Anniversary of the ASA. My mind was spinning with excitement as I arrived at Azusa Pacific University, and I had high expectations of quality lectures and presentations, as well as hope for some genuine connections with fellow attendees. I am pleased to say that my expectations were thoroughly exceeded. Not only were the presentations engaging and challenging, but I also met some of the most fascinating people from a wide variety of backgrounds and disciplines. Every element combined into an excellent experience that I highly recommend to anyone with an interest in the intersection of science and religion.

[pullquote cite=”Timothy Opperman” type=”left”]It felt invigorating to know that there were other students in the same position as me, and while many of us differed on the details, the lively conversations were always joyful and mutually affirming.[/pullquote]I was blown away by the sheer amount of speakers that were presenting, but the plenary sessions alone were worth the price of admission. Bill Newsome opened the conference with an exploration of how the human brain influences behaviour on multiple levels, with some disturbing (in the best possible way) postulations about the nature of free will. Roger Wiens gave an engaging and very personal talk about the highlights and struggles of working on the Mars Curiosity rover and the unlikely but serendipitous inclusion of his work in laser-induced breakdown spectroscopy. As a first-timer to the ASA conference, I was grateful to Ted Davis for his historical overview of the ASA and how it was firmly planted in the American (and Canadian) intellectual landscape. Justin Barrett gave an absorbing presentation on the variety of approaches within the cognitive sciences to the origin and evolution of religious beliefs, which I found particularly helpful as it directly applies to my research on Original Sin and human moral origins. The last plenary speaker, Audrey Bowden, gave an autobiographical outline of how she came to lead The Stanford Biomedical Optics group and then wowed the audience with an explanation of the newly developed biomedical imaging techniques. These plenary speakers each embodied the inspiring combination of being at the top of their respective fields while remaining faithful believers.

The blazing hot days at Azusa were also filled to the brim with excellent parallel sessions in a wide variety of categories from literature and technology to environmental and physical sciences. It seemed like there were always interesting lectures to attend, and I often found myself torn between several different options. While I was particularly focused on the lectures pertaining to the intersection of evolution and creation, the diversity of the presenters led me on some surprising intellectual adventures. The CSCA’s very own President Arnold Sikkema presented on the recent observation of gravitational waves, whereas his son William discussed his research with carbon nanomaterials that are being used startlingly to return sight to the blind and reconnect the severed spinal cord of a mouse.  Mark McEwan gave an excellent critique of the intellectual (dis)honesty of the Christian faith, which challenged my understanding of modern apologetics. These presentations (and many, many more) gave me some insight into the cutting edge applications of science that raise serious theological and bioethical questions that Christians need to address. Likewise, many of the lectures challenged our deep-rooted assumptions  of the past, while others projected the future of the dialogue between faith and science. Needless to say, I was simultaneously exhilarated and overwhelmed. Helpfully, the conference schedule provided the freedom for energetic discussions and respectful debates amongst many of the attendees. One of the highlights has to be when a few of my fellow students skipped a few lectures to really dig into the hermeneutics of Genesis, and how creation coincides with human evolutionary development. It felt invigorating to know that there were other students in the same position as me, and while many of us differed on the details, the lively conversations were always joyful and mutually affirming. I look forward to the meeting next year and eagerly anticipate continuing the conversations started in Azusa.[/columnize]

Timothy is currently finishing his thesis on Original Sin and the Evolution of Morality, and is poised to graduate from Regent College in the Spring of 2017. He also teaches English at a Vancouver prep school.

The CSCA is once again offering five scholarships of up to $1600 each to send Canadian students to science-religion conferences of their choosing. This year, the ASA annual meeting is in Golden, Colorado–this is one of many conferences that our winners could attend this year. Please click here for more information about our scholarships.