Tribute to a visionary 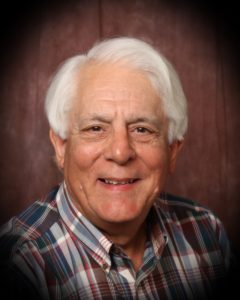 It was with great sadness that I learned of Dan Osmond’s passing on Saturday April 24th. Not only had a very good and gracious man departed; a significant chapter in the history of the CSCA had also come to a close. For over 30 years, from the founding of the CSCA in 1973, Dan had been the preeminent voice of the CSCA. Although he withdrew from his high-profile advocacy and activism for the CSCA during retirement, he always had the work of the CSCA top of mind in his prayers and support.

In many respects, Dan reminds me of John Bunyan’s character “Mr. Valiant-for-Truth”[1] in the Pilgrim’s Progress. Like Bunyan’s character, Dan had a gracious and winsome tenacity in matters of faith. In whatever work he was involved with, Dan always saw the big picture in terms of God’s redeeming love in Christ. This passion for seeing all of life from this perspective, and particularly with his work in science, led Dan to play a leading role in the formation of the CSCA in 1973.

While the founding of the CSCA seemed like an outlandish idea at the time, in Dan’s view it was the only response adequate to the needs of the time. Well-wishers from the ASA looked on and took note of his zeal in promoting the vision of the CSCA to his contacts across Canada. In the ASA Newsletter of Fall 1977 it was noted that “The Canadians had the problem of a membership scattered across a vast country. But they have pizazz, judging from Dan’s report.” In that report, Dan shared his vision for the CSCA:

“I believe we must catch the vision of generations of teachers mistakenly teaching thousands of Canadian pupils with an anti-biblical bias; of pastors and their flocks with ill-conceived reflexes against science; of a public still somewhat misunderstood by the gurus of science holding forth outside their realms of competence; and of scientists afflicted with ‘nothing-buttery ‘ who, wittingly or otherwise, have excluded their Saviour from that aching, God-shaped void inside them. We must begin to respond more coherently and practically to the great moral issues that arise on all fronts out of science, medicine, and technology, in a world crying out for our talents to be used strategically.”

And respond he did. This passion was the focus for all of Dan’s work and the source of numerous initiatives to help students and faculty see the deep meaning of Christian faith for their work in science. Prayer and fellowship meetings at his home, unflagging commitment to meetings with students at the “Think Tank” over dinner at St. Michael’s College, formation of the CSCA as an officially recognized campus group at the University of Toronto, constant effort to bring the CSCA and Inter-Varsity together for joint ministry,[2] work on the John Templeton Foundation Board, numerous meetings with the CSCA and ASA, countless talks and lectures on faith and science–all of these activities were centred in his deep Christian faith.

You’ll also find this tribute in the 2015 CSCA Newsletter.

In the context of this life of service to the vision of the CSCA, Dan shared his retrospective on the founding of the CSCA in our 40th Anniversary Newsletter*. In many respects, this article was his last charge to the CSCA, and in this article he raised the question of whether the CSCA policy of being “neutral” on controversial issues concerning creation and evolution might not be counterproductive. In his words, “If being “neutral” is already a turn off for many students, should the CSCA consider changing tactics and doing more to defend ‘scientific truth’ with the kind of zeal it devotes to ‘Gospel truth’? Is not all truth God’s truth?”

On the matter of the close collaborative relationship between the ASA and CSCA, Dan was very clear: “Our unity in Christ, our desire to serve our Lord first and foremost and our reliance on the Holy Spirit have made it possible to work together in harmony on a win/win basis.” True to form, Dan was an active participant in the joint meeting of the ASA, CSCA and CiS at McMaster University last year, and he was instrumental in having John Walton’s special sessions on Genesis part of the program. He had come full circle from the highly successful joint ASA/CSCA meeting that he and his wife Faith organized at the University of Toronto in 1996.

Dan remained active to the end: working to prepare his farm at Roseneath for a new season, corresponding with friends and contacts on matters of faith, and preaching at his local church. Dan’s last sermon, just weeks before his death keyed off Psalm 46: 1-3 and selection of related texts on the theme: “Living in the fear of the Lord . . . therefore we will not fear.”[3]

When his Master came for him, Dan was found a faithful steward, busy with kingdom work.[4]

May we, like Dan, be “valiant for truth” in the firm conviction that “all truth is God’s truth”; may we share his vision for the work of the CSCA in close collaboration with the ASA; may we strive to reach this generation with the liberating faith of the Gospel which shall make us truly free from the false idols of our age; may we shine this light in the dark places of our world as faithful stewards of the living Word by whom all things were made.

[1] My title is also intended as a playful poke at the pretentions of Post-Modernism on such matters. For a thoughtful philosophical discussion on this topic see Simon Blackburn’s, Truth: a Guide (2007) and his talk, Truth & Relativism (University of Toronto, 2005) on YouTube: https://www.youtube.com/watch?v=ef9xi-a1KPM
[2] In June 2005 Dan wrote an extensive 57 page memorandum “Building authentic ‘educational’ and ‘witnessing’ IVCF communities in Canada’s universities”. The document still stands as a comprehensive and prescient assessment of what needs to be done to maintain an authentic Christian presence in all aspects of university life.
[3] Job 1: 6-12 Job 2: 1-10 Psalm 111: 10 Acts 9: 31
[4] I have concentrated on Dan’s faith life and vision in this tribute. A lengthy tribute could also been written on Dan’s considerable academic and scientific accomplishments.