This year’s conference marked my first joint conference between the CSCA (Canadian), ASA (American), and CiS (British) associations. It was, I think, a great success. While the CSCA regularly joins the ASA annual meeting, the addition of like-minded friends from across the pond brought a new dynamic to the meeting: a certain freshness and perspective that added a unique flavour to the meeting. Since I have been living in England for these last three years, the meeting was especially significant as it was a peculiar meeting of my worlds: my British friends were meeting my Canadian and American friends for the first time, and vice versa. The encounters highlighted some of the differences and similarities between the conversations on both continents. While skepticism about the authority of science on issues such as climate change and evolution are very different between the two continents — especially at the local church level — concerns surrounding how to read the Bible faithfully and well in light of science are the same. 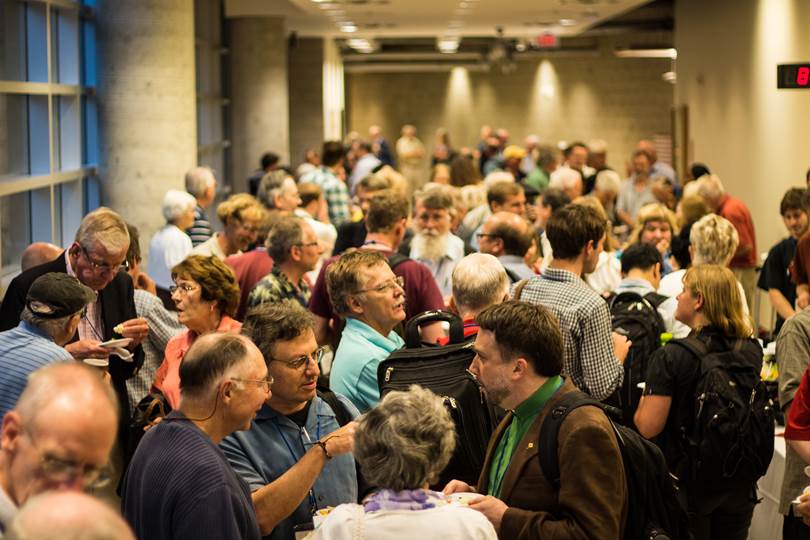 Perhaps the biggest highlight for me was the student event meeting, where the 28 students in attendance gathered together for in-depth conversation with the plenary speakers. After about an hour and a half of intense conversation, we shifted our locale to a local Boston Pizza, where the friendships continued to grow late into the night (or early into the morning, depending on how you are counting!). I sat at a table with two American and two British students, and we chatted for hours about science, religion, and cultural differences between our nations. It is these friendships, built from meetings like this year’s joint event in Hamilton, that will encourage and foster the trans-Atlantic dialogue necessary to moving forward in the ever-dynamic science and religion field.

Bethany Sollereder serves on the executive council of CSCA as our Student and Early Career Member.