As some of you are aware, most of England has been inundated with rain and lashed by gale force winds for the better part of the last two months. Although there has been widespread flooding and thousands of homes left without power, from a scientific point of view, there have also been some very interesting discoveries resulting from these storms. A couple of weeks ago I went down to Lyme Regis: the place where fossil hunting began. The storms had brought down several new portions of the fossil-filled cliffs onto the beach. At some personal risk (after all, one is standing under quickly eroding cliffs!), you can walk along and find amazing specimens of Jurassic era fossils, many of which are small enough to take home.

But a much more exciting find was recently made at Happisburgh in Norfolk. Unusually vicious tides exposed footprints from a tribe of early human ancestors that date between 850,000-950,000 years old. They are more than twice the age of the previous oldest European tracks, and show that people were already present at this early age at the boundaries of Europe.

Yet, scientists had less than two weeks to record this unique find, before the same forces that exposed the tracks also destroyed them. It is an event to make vivid the theme of Ecclesiastes: that all is fleeting. These precious traces of long-extinct life were revealed for just a moment before disappearing forever: all memory of them erased by the ever-lapping sea. I wonder what legacy––culturally, ecologically, and spiritually––we will leave for those who will someday find the traces of our culture? 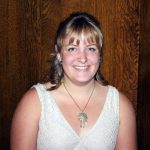